The Democratic People’s Republic of Korea (DPRK) has announced that it has entered into a ‘state of war’ with the US and the Republic of Korea (ROK). The US defence secretary, Chuck Hagel, has declared that DPRK poses “a real and clear danger”. Is this a war of words or could talk of war precipitate a full-blown military conflict?

Join us with a panel of experts to break down the escalating rhetoric and examine the intentions of DPRK. We will be asking if Kim Jong-un, the 29-year-old inexperienced leader, is just attempting to bolster his image at home or if there is any weight behind his threats. 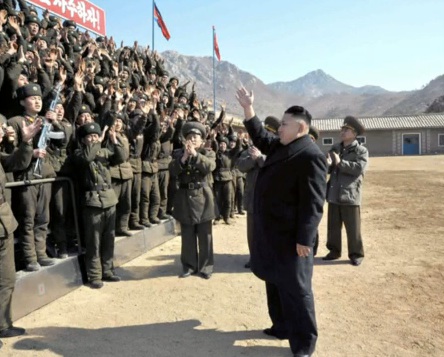 Dr John Swenson-Wright is Fuji Bank University senior lecturer in Modern Japanese Studies at the East Asia Institute, University of Cambridge. He is a senior consulting fellow at the Asia Programme, Chatham House.

Andrea Berger is a research fellow for nuclear analysis at the Royal United Services Institute (RUSI) and deputy director of the UK project on nuclear issues.

John Everard is a retired British diplomat, who served as British Ambassador to North Korea. He is author of Only Beautiful, Please: A British Diplomat in North Korea and is now a consultant for the UN.