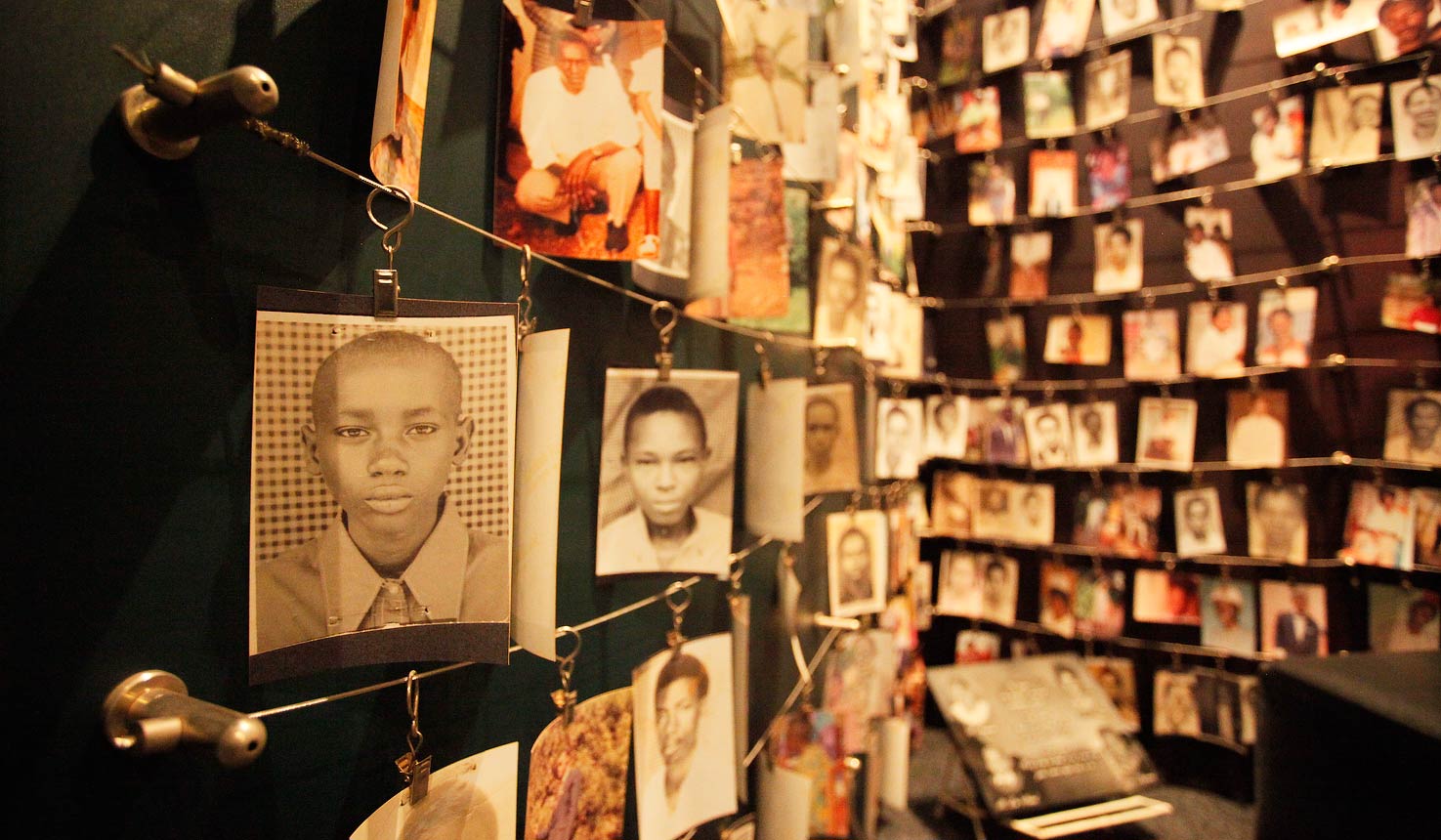 To mark the 25 years that have passed since the Rwandan genocide, we’ll be discussing the role of media in times of civil conflict and mass atrocity. In the chair, BBC Africa Online reporter and Knight fellow Dickens Olewe will be talking to journalist and Horn of Africa expert Dr. Idil Osman alongside Simon Cottle and Alan Davis – two of the authors of a new publication by CIGI Press, Media and Mass Atrocity: the Rwanda Genocide and Beyond. We’ll also be hearing from Daniel Adamson and Aliaume Leroy, heading the Africa Eye team responsible for the Open Source Investigation, The Anatomy of a Killing.

It has been 25 years since Rwanda slid into the abyss. When human beings are at their worst — as they most certainly were in Rwanda during the 1994 genocide — the world needs the institutions of journalism and the media to be at their best. According to Media and Mass Atrocity, in Rwanda, they fell short.

Confronted by Rwanda’s horrors, international news media at times turned away, or muddled the story when they did pay attention by casting it in a formulaic way as anarchic tribal warfare rather than an organised genocide. Hate media outlets in Rwanda played a role in laying the groundwork for genocide, and then encouraged the extermination campaign.

The global media landscape has been utterly transformed since 1994. The first information and images of atrocities are now often transmitted via social media, by citizen journalists or eyewitnesses – enabled by the ubiquity of mobile phones. The increasing difficulty of journalists accessing conflict areas is forcing the media to innovate new ways of verifying, covering and understanding events.

And in many quarters, the traditional news media business model continues to founder. Against that backdrop, it is more important than ever to examine the nexus between the media and the forces of mass atrocity.

Social media tools can be used to inform and engage, but also – in an echo of hate radio in Rwanda – can be used to demonize opponents and mobilize extremism. We are left with many troubling questions, still unresolved despite the passage of time since Rwanda.

The panel will be preceded by some opening marks by the book’s editor, Allan Thompson.

Dickens Olewe is a Kenyan journalist working for the BBC, and a 2015 John S. Knight journalism fellow at Stanford University. During his fellowship he organised the first ever drone journalism conference, held in Silicon Valley with support from Center for Investigative Reporting and News Lab at Google. His interest is in using new technology for storytelling and integrating the public in the news reporting process. He contributes to BBC’s Future of News Report. He was part of the team of journalists chosen by Deutsche Welle Academy to develop a manifesto on how to use digital technology to promote freedom of expression in the global south. He also runs The Dickens Olewe podcast where he interviews guests on media, politics and technology in Africa. The latest podcast is a four-part series looking at the East African Community as it celebrates its 20th anniversary this year.

Idil Osman has worked for over 12 years as a national and international journalist for the BBC, the Guardian and the Voice of America, spending the majority of her career covering stories from the Horn of Africa. Through her work, she has developed a vast network of media contacts including those based in the region and the diaspora. She has authored publications that focus on media, migration, development, conflicts in the Horn of Africa and diaspora communities in Europe. She completed her PhD in Journalism and is an expert on diasporic media and development communications.

Simon Cottle, professor of media and communications at the School of Journalism, Media and Cultural Studies at Cardiff University, will reflect on what’s changed in the world of humanitarian crises and communications since the Rwandan genocide of 1994. He argues that today’s more complex and rapidly changing communications environment can open up new possibilities for progressive intervention prior to, during and following such murderous collective events.

Alan Davis, Asia and Eurasia Director of the Institute for War & Peace Reporting, will explain how hate media online in Myanmar – primarily on Facebook – grew out of a history of hate media prior to the explosion in internet access of recent years. Davis, who designed and led a media monitoring and reporting project on hate speech in Myanmar for IWPR, argues that the international community could and should have been better prepared and intervened sooner to reduce the impact of this hate media. He also attributes some of the hate media to the lack of media professionalism in a society accustomed to decades of oppressive censorship.

Watch the video stream of Media And Mass Atrocity: Lessons from Rwanda