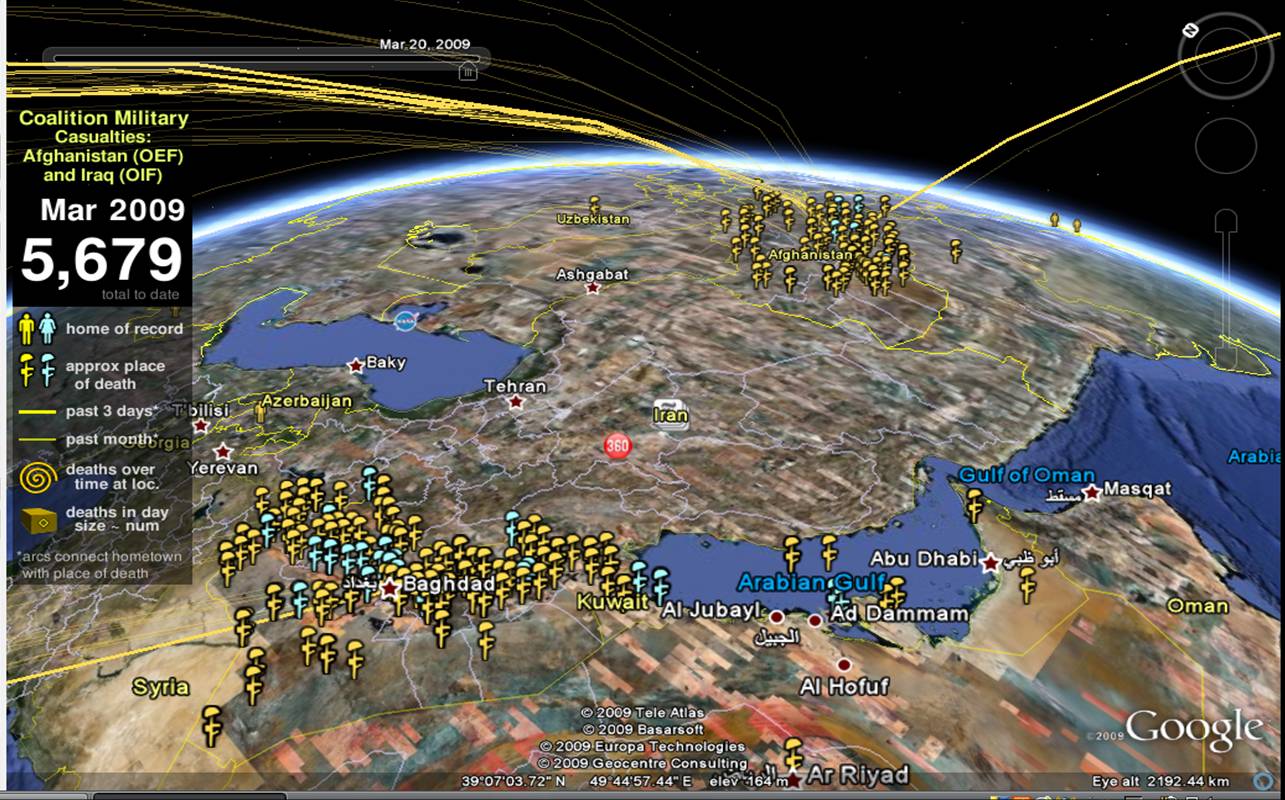 Using Google Earth (or Maps) as a news tool isn’t exactly new. But mapping all the coalition casualties during the military operations in Afghanistan and Iraq is a monumental effort.

It’s the work of Sean Askay, a Google employee. He used the company’s 20% programme (allowing employees to spend one day a week on their own projects) and his spare time to complete the map. He published it yesterday for Memorial Day.

The map is a sobering representation of the conflicts in Afghanistan and Iraq. As you zoom in, what appears to be a few casualties from a distance, slowly becomes long coils of servicemen and women. The map also documents the hometown of the fallen soldiers, and if you click on the markers it links to more information about how they died.

As sobering is the recognition that this is but one side of the story. While coalition casualties are well-documented and can be accurately mapped, nobody really knows how many civilians were killed during the invasion of Iraq. But maybe one day somebody might attempt to map all the casualties in these conflicts to provide us with a broader understanding of the cost of war.

Indeed, the historian in me wonders what a Google Earth map of World War Two casualties would like; perhaps it would be overwhelmingly dense with markers.

You’ll need Google Earth and another download to access the map. It’s best to hop over to Sean’s blog where he has all the relevant links on the right hand side.