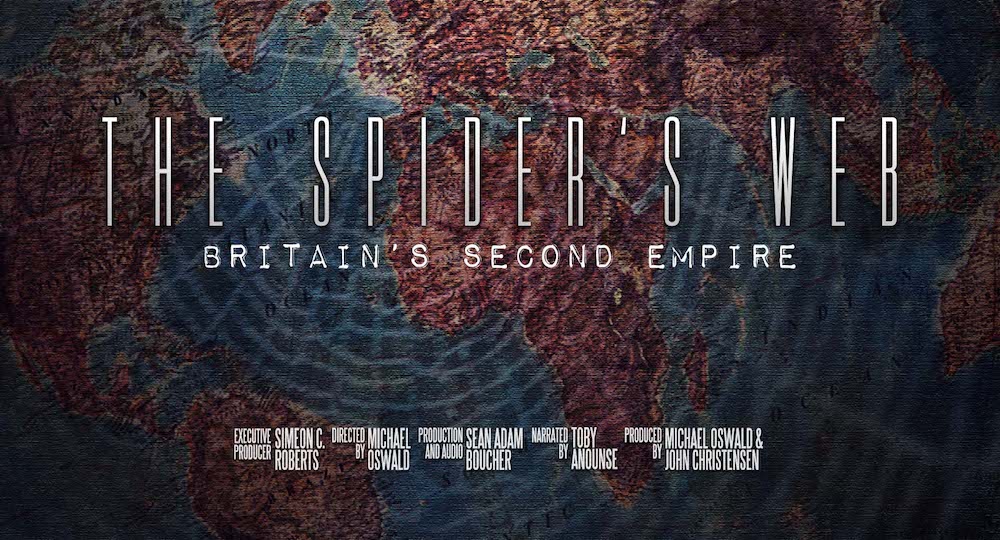 On July 5th the Frontline Club will be screening in collaboration with The Tax Justice Network – Michael Oswald’s and John Christensen’s new film, ‘The Spider’s Web: Britain’s Second Empire’.

The Spider’s Web’ is a documentary film that shows how Britain transformed from a colonial, to a global financial power. At the demise of empire, City of London financial interests created a web of offshore secrecy jurisdictions that captured wealth from across the globe and hid it behind obscure financial structures in a web of offshore islands. Today, up to half of global offshore wealth may be hidden in British offshore jurisdictions and Britain and its offshore jurisdictions are the largest global players in the world of international finance. How did this come about, and what impact does it have on the world today? This is what the Spider’s Web sets out to investigate.

With contributions from leading experts, academics, former insiders and campaigners for social justice, the Spider’s Web reveals how in the world of international finance, corruption and secrecy have prevailed over regulation and transparency, and the UK is right at the heart of this.

Join us post-screening for a panel discussion with some of the creators of the film and leading financial experts.

Chair: Oliver Bullough. Oliver is an award winning investigative journalist and chair of all the Kleptoscope nights at the Frontline Club. Bullough writes extensively for the Guardian on topics of tax evasion, dirty money and money laundering. Before this, Bullough lived in Russia working primarily for Reuters and has written extensively on the country.

John Christensen: John is the co-producer of ‘The Spider’s Web’ and Chair of the Tax Justice Network. He is a former economic advisor to the government of Jersey. His research in offshore finance has been widely published.

Dr Abby Innes: is the Assistant Professor of political economy at the LSE European Institute. Before her PhD, Dr Innes worked as a political analyst in the Office of the Government, Czechoslovakia; as Assistant to the General Secretary of the Czechoslovak Foreign Ministry and as a researcher for the Policy Studies Institute.

Will Snell: from Tax Justice UK, is a newly launched sister organisation of the Tax Justice Network, but also independent from it. Focused on the UK, it’s just released an analysis of general election political party manifestos from a tax justice perspective http://www.taxjustice.uk/election.html

You can get a sneak preview of the film and hear an interview with the director Michael Oswald in the Taxcast, the Tax Justice Network’s monthly podcast: http://www.taxjustice.net/2017/05/24/britains-second-empire-may-2017-tax-justice-network-podcast/

Listen to the Guardian Audio: Offshore in Central London, the curious case of 29 Harley Street, by Oliver Bullough here: https://www.theguardian.com/news/audio/2016/may/06/offshore-in-central-london-the-curious-case-of-29-harley-street