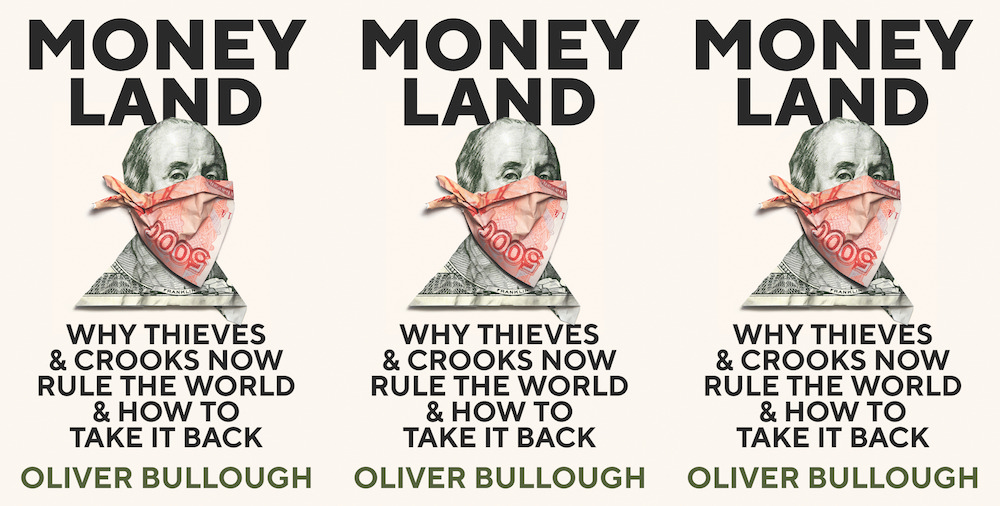 Oliver Bullough is replaced in the chair by award-winning writer Peter Pomerantsev for the Frontline Club’s tenth Kleptoscope event, since Oliver will be talking about his new book: Moneyland, why thieves and crooks now rule the world and how to take it back. It is a deep dive into the secret country of the super-rich, exploring its history, customs, and effect on the rest of us. As John le Carré put it: “If you want to know why international crooks and their eminently respectable financial advisors walk tall and only the little people pay taxes, this is the ideal book for you. Every politician and moneyman on the planet should read it, but they won’t because it’s actually about them”.

Peter and Oliver will be joined by Dr. Elisabeth Schimpfossl, whose newly published Rich Russians, from Oligarchs to Bourgeoisie, takes a deep dive into the lives of the most famous group of super-rich on the planet.

Oliver Bullough – chairs our Kleptoscope series that investigates corruption and dirty money in London. Bullough is an award-winning journalist and the author of two books about Russian history and politics, The Last Man in Russia and Let Our Fame be Great and now Moneyland, why thieves and crooks now rule the world and how to take it back. He is also an expert guide for the Kleptocracy Tours initiative, which exposes money laundering via property in London.

Peter Pomerantsev is a Soviet-born British journalist, author and TV producer. He is also a visiting Senior Fellow at the Institute of Global Affairs at the London School of Economics. He specialises in propaganda and media development, and has testified on the challenges of information war to the US House Foreign Affairs Committee, US Senate Foreign Relations Committee and the UK Parliament Defence Select Committee. He writes for publications including the Financial Times, London Review of Books, Politico, Atlantic and many others. His book on Russian propaganda, Nothing is True and Everything is Possible, won the 2016 Royal Society of Literature Ondaatje Prize, was nominated for the Samuel Johnson, Guardian First Book, Pushkin House and Gordon Burns Prizes. It is translated into over a dozen languages. He is working on his next book, which looks at developments in the ‘battle for hearts and minds’ across the world.

Dr. Elisabeth Schimpfossl  is Lecturer in Sociology and Policy at Aston University. Her research focuses on Russia’s new upper class, as well as media and journalism. Her book Rich Russians: From Oligarchs to Bourgeoisie (Oxford University Press) was published in May 2018.

Guy Shrubsole is a writer and campaigner on issues of land transparency, who runs the blog Who Owns England?