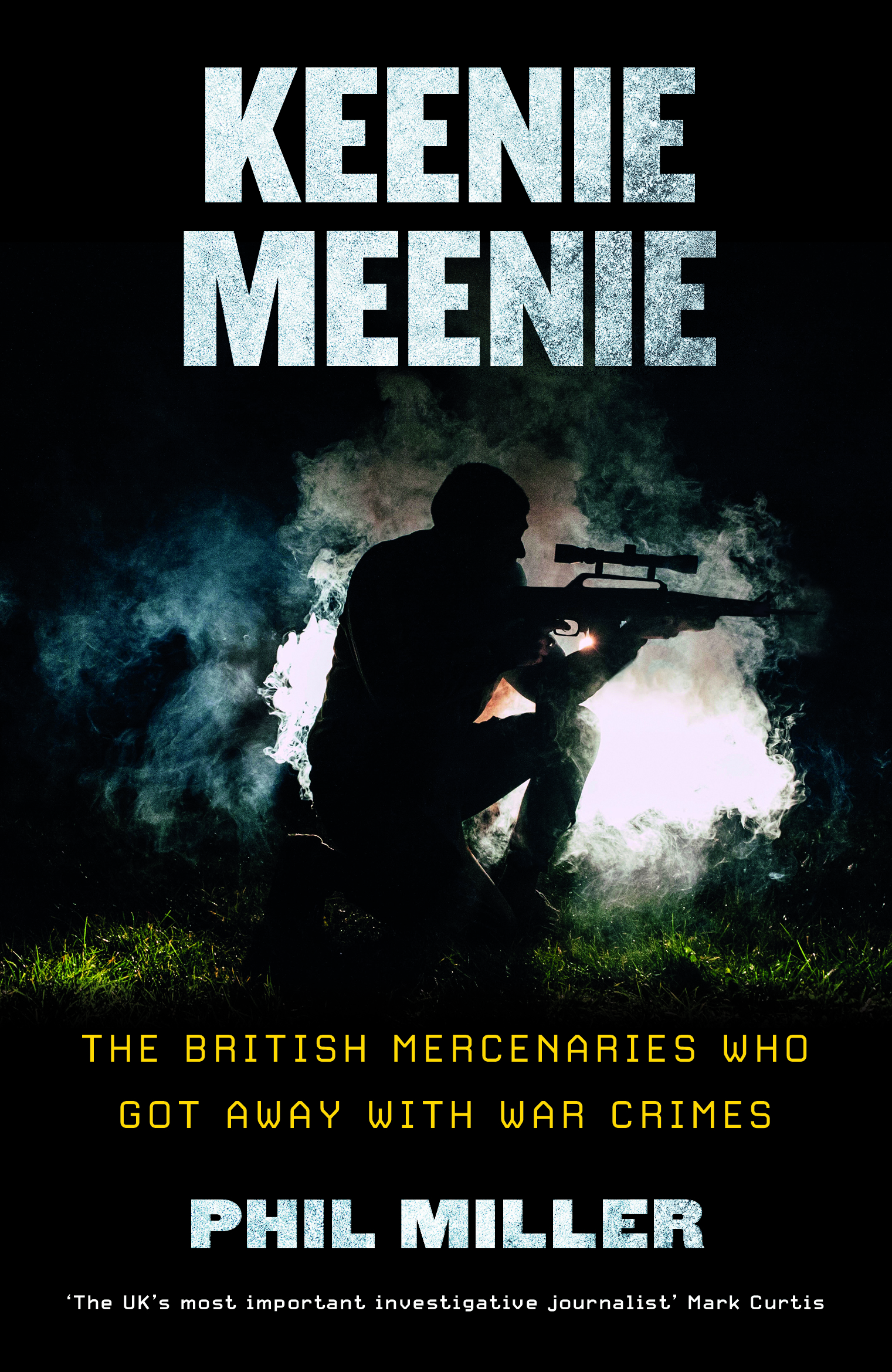 Keenie Meenie: The British Mercenaries Who Got Away with War Crimes

An explosive account of a secret group of mercenaries based on chilling new intelligence, by Phil Miller.

Keenie Meenie Services – the most powerful mercenary company you’ve never heard of – was involved in war crimes around the world from Sri Lanka to Nicaragua for which its shadowy directors have never been held accountable.

Like its mysterious name, Keenie Meenie Services escaped definition and to this day has evaded sanctions. Now explosive new evidence – only recently declassified – exposes the extent of these war crimes, and the British government’s tacit support for the company’s operations. Including testimonies from SAS veterans, spy chiefs and diplomats, we hear from key figures battle-hardened by the Troubles in Northern Ireland and the Iranian Embassy siege. Investigative journalist Phil Miller asks, who were these mercenaries: heroes, terrorists, freedom fighters or war criminals?

This book presents the first ever comprehensive case against Keenie Meenie Services, providing long overdue evidence on the crimes of the people who make a killing from killing.

Phil Miller is an investigative journalist and producer. His reporting on British special forces has triggered two government probes. He has worked for Corporate Watch and Reprieve, and written freelance pieces for many publications including Private Eye, Vice, Guardian and The Times. He is currently a staff reporter for Declassified UK, an investigations unit focusing on British foreign policy.

Lou Macnamara is a camera operator and assistant on documentaries, artist moving image and commercials. They co-directed and shot Working Illegally (2015) a 28-minute documentary, exploring the UK’s privatised immigration detention estate through the stories of detainees who work for only £1 per hour. Alongside filmmaking Lou is one third of curatorial collective 12ø and previously worked as the Assistant Curator for Digital Learning at Tate. They have taught seminars on documentary art, freedom of expression and socially engaged practice at Central Saint Martins and Middlesex University. Recently Lou shot their first feature documentary, Keenie Meenie, about British mercenaries in the Sri Lankan civil war. www.loumacnamara.com

Nalini Sivathasan is a broadcast journalist at BBC Asian Network, working across radio, online and video platforms. Her work focusses on minority communities in the UK, predominantly in the India, Sri Lanka, Pakistani and Bangladeshi diaspora. In 2018 she was listed as MHP’s ‘30 to Watch’, with judges saying her work “challenges stereotypes” around minority groups. Her work has appeared across the BBC, including World Service, BBC Sport and Radio 4. She is part of the BBC’s ‘Next Generation’ Panel, a group of younger journalists who advise the BBC’s News Group Board, helping them develop strategies for engaging younger, more diverse audiences. She has also worked for the Financial Times and is a mentor for literacy charity Student View, which trains schoolchildren as local news reporters across the UK, and an ambassador for social enterprise PressPad.