Journalism doesn’t pay, so what? 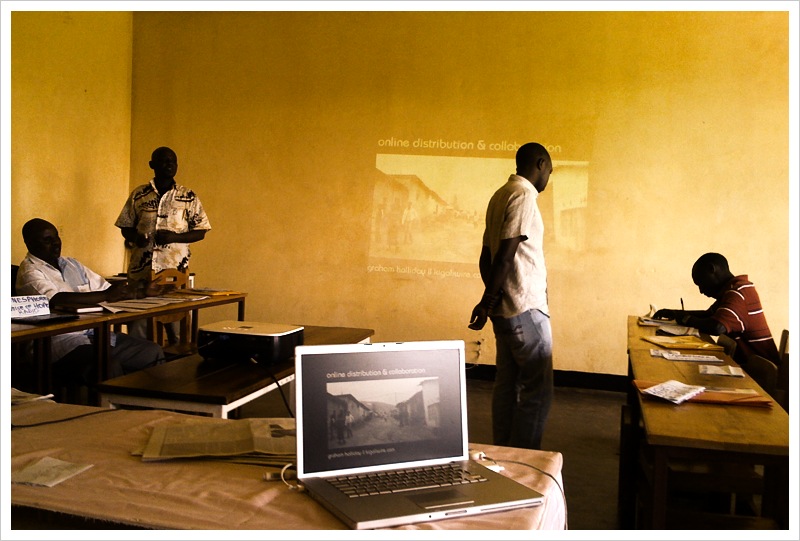 Because, I reckon I stand to make more money on by-products than I (probably) ever could from straight journalism. Since doing the photojournalism essay, I’ve received the following enquiries:

– 5 invites to give paid talks – that’s me above, about to give one of them in Kigali.

– interest from a major newspaper in commissioning an edit of the piece.

– interest from a couple of NGO’s about doing similar photojournalism pieces on a commission basis.

This is something Vaughan and I have talked about loads over the years – maybe one day we’ll unveil our world-beating chip van model for the future of journalism... And I’d say this kind of thinking is at the core of what the Frontline Club stands for.

Of course, this isn’t new, but – in these utterly grim times for old media – thinking along these lines might offer a glimmer of hope for any would-be freelance journalists out there. And it deffo plays into the whole how to be a foreign correspondent thinking some of us talked about recently. To make this work best, I reckon you still need to…

go somewhere cheap. And odd. The odder the better. link