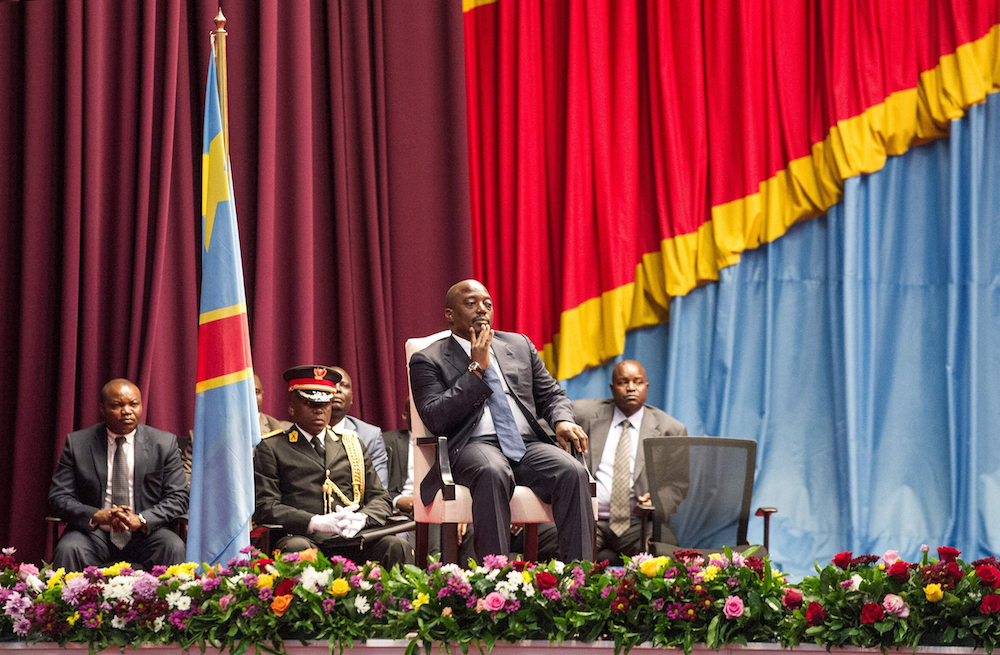 Is The Democratic Republic of Congo Close to Breaking Point?

Armed conflict and long-term political insecurity have created one of the world’s most entrenched humanitarian crises in modern history in the Democratic Republic of Congo. Last year alone 1.7 million people were forced to leave their homes (5,500 people a day) and the UN documented more than 12,000 reports of human rights violations. Adding to the problem was a delay in Presidential and legislative elections in the Congo as Joseph Kabila refuses to step down despite the Catholic Church in December 2016 reaching a deal to deny him a third term.  This compounded with the death of long-standing opposition leader Étienne Tshisekedi has created a political deadlock whereby violence in the Kasai region has intensified.

Some speculate that the violence in Kasai is threatening to overshadow the fighting in 2012 when the M23 rebel movement took over the city of Goma.

Aid agencies claim it is the worst-affected area of conflict displacement in the world. Yet in a Thomson Reuters Foundation survey, it was named the most neglected conflict in the world in 2017. Civilians bear the brunt of the violence in the fighting and displacement.

Is 2018 a year without hope for the country? Have the media and aid agencies neglected the brewing conflict turning instead to the Syrian Civil War and the Rohingya exodus from Myanmar? Our panel discuss and report on the ongoing catastrophe.

Ben Shepherd  is a leading specialist on African politics and conflict, policy formulation and applied analysis. He has a broad range of experience across West and Central Africa, with a particular focus on the DRC and wider Great Lakes region.

Mélanie Gouby  is an award-winning investigative journalist, writer and documentary filmmaker based in London. Her work focuses on conflicts, politics and the impact of corruption on social cohesion, development and the environment. She was the East Africa correspondent for the French newspaper Le Figaro in 2014-2016, and has contributed to The Guardian, The New York Times, The Associated Press, Foreign Policy, Newsweek, National Geographic, France 24 and Vice, among others. From 2011 to 2014, Mélanie lived in Goma, in the east of the Democratic Republic of Congo, where she covered the rise and fall of the M23, the latest rebellion in Congo’s protracted war. She led the investigation into a British oil company’s illegal activities in the Virunga National Park for the Oscar-nominated documentary Virunga, winner of a Peabody and duPont-Columbia Award for outstanding journalism. Her interest for the Great Lakes region began while she covered the trials of Congolese warlords at the International Criminal Court in The Hague from 2009 to 2011. Mélanie studied Politics and International Relations at the University College London.

Jean-Roger Kaseki is a human rights campaigner in the UK and the DR Congo. He is a Labour councillor for Tollington Ward, Islington and a human rights and social justice research institute associate at the London Metropolitan University.

Tom Wilson is a journalist with Bloomberg News. He’s worked on Congo for the last 10 years. From 2015 to 2017 he was based in Kinshasa and traveled the country reporting on business, politics and conflict. His investigations have plotted the vast business empire controlled by the president’s family and the relationships between members of Congo’s political elite and some of its biggest investors. In doing so he’s sought to consider how and why Congo’s president and his entourage might seek to hold on to power. Now based in London he continues to write about Congo.

Alex Ntung was born and grew up in a semi-nomadic, pastoralist and cattle herding tribe in South Kivu (DRC), he has experienced conflicts and violence, and lost many close relatives. He is a political and security analyst (DRC), a Member of the UK Expert Witness Institute and author of Not My Worst Day: A personal journey through violence in the Great Lakes Region of Africa (EARS Press, 2013). He is an international speaker, human rights advocate and fellow of the Royal Society of Arts.  Alex is a PhD research candidate at the Centre of Conflicts Research Analysis, Kent.