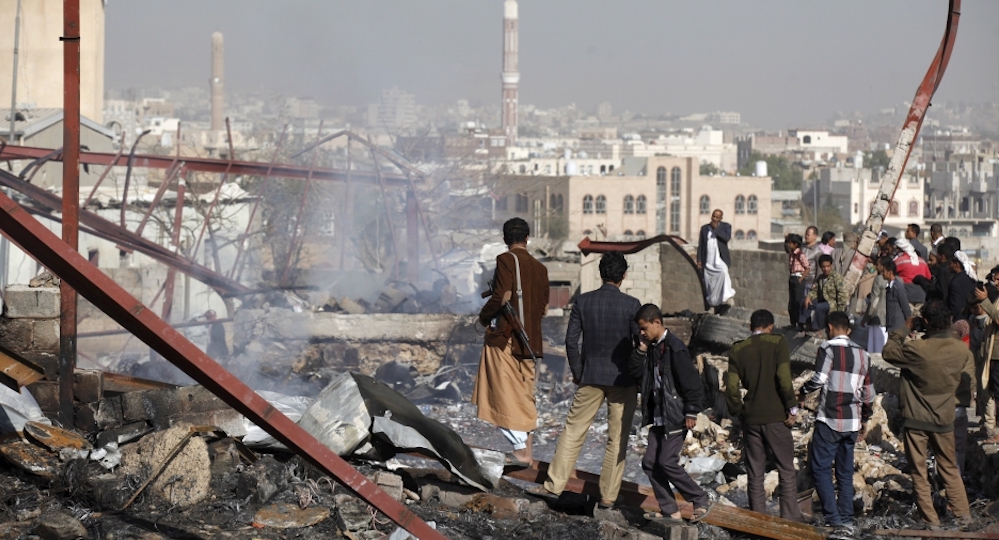 Since Yemen’s civil war began in 2014, the country has been embroiled in fighting between forces loyal to the president, backed by a Saudi-led coalition, and Shia Houthi rebels.

Saudi Arabia remains the UK’s most important arms client, and the government has granted export licences for more than £3.3bn of aircraft, munitions and other equipment. The British government has stated the Saudis must conduct an investigation into allegations of humanitarian crimes. But many are urging that Saudi Arabia’s investigation of its own alleged humanitarian violations is not an adequate inquiry.

At the same time, the US has become more involved in the conflict, including a failed commando raid that caused the deaths of multiple civilians and a U.S. service member.

Is enough consideration of humanitarian contexts being taken in arms export licensing and counter-terrorism? With a judicial review aiming to halt UK arms sales to Saudi Arabia beginning in February, we will discuss the role of foreign powers in Yemen’s civil conflict.

David Wearing has just completed his doctoral thesis on Britain’s relationship with the Gulf Arab monarchies. He teaches international relations and Middle East politics at SOAS, and has contributed articles for The Guardian, CNN and the New Statesman. He sits on the steering committee of Campaign Against Arms Trade, and is the author of their recent report: “A Shameful Relationship: UK Complicity in Saudi State Violence”.

Iona Craig is a British-Irish independent journalist and Orwell Fellow. She was previously based in Sana’a from 2010 to 2015 as Yemen correspondent for The Times. Since Yemen’s civil war began Iona has been the only international journalist to repeatedly cross the front lines to report on both sides of the conflict, travelling over 3,000 miles across the country since March 2015 to file reports for TV, radio and print. During her time in Yemen Iona has reported for over 30 publications and broadcasters worldwide including most recently The Intercept, Harper’s, IRIN and RTÉ radio.

Rasha Mohamed is Amnesty International’s Yemen researcher. She has gone on numerous research missions to Yemen since the armed conflict erupted in March 2015. Her focus has been primarily the range of human rights violations and international humanitarian law (“laws of war”) by all sides to the conflict. For the Saudi Arabia-led coalition, this has included documenting numerous unlawful airstrikes which have killed and injured civilians, and the use of internationally banned weapons. Her research formed the basis of Amnesty International’s intervention in a current UK High Court Judicial Review of the UK government’s arms transfers to Saudi Arabia.