In the Picture with Lynsey Addario: It’s What I Do

From Afghanistan to Iraq, Darfur to Libya, Lynsey Addario has spent the past decade and a half capturing life on the frontline.

It was after the September 11 attacks, when the world changed, that Addario made the decision to embark on a career in photojournalism. It is a path that in subsequent years would see her travel around the world, from crisis to conflict, documenting the human cost of war. In her new book, It’s What I Do, she details the journey.

Lynsey Addario will be joining us in conversation with editor-in-charge of Reuters Wider Image, Alexia Singh, to share her story of how a relentless pursuit of truth, in virtually every major theatre of war in the twenty-first century, has shaped her life. 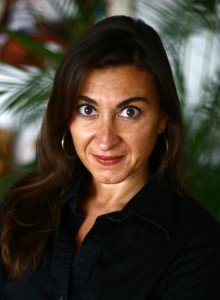 Lynsey Addario is an American photojournalist whose work appears regularly in The New York Times, National Geographic, and Time Magazine. She has covered conflicts in Afghanistan, Iraq, Lebanon, Darfur and the Congo, and has received numerous awards, including the MacArthur Genius Grant and the Pulitzer Prize in International Reporting.