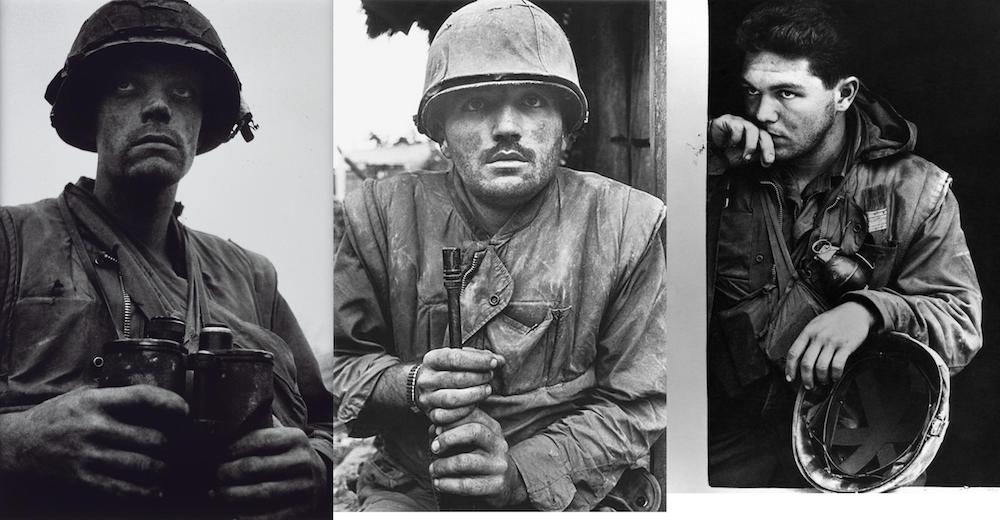 In Search of the “Shell Shocked Marine”: Anthony Loyd talks with Jon Swain

Join Times war correspondent Anthony Loyd and journalist and writer Jon Swain to explore Loyd’s two year investigation into tracking down the stories behind the Vietnam War veterans photographed by Sir Don McCullin in 1968, the turning point of the war.

Between 1966 and 1984 Sir Don McCullin worked for the Sunday Times Magazine. In 1965 he left to cover the Vietnam War, the first of fifteen visits. However, it was in the Battle for Hue that his most iconic photos were taken. Since there were no formal embeds in those days, McCullin crossed the Perfume River on a barge and assimilated himself into the Delta Company inside the citadel.

It was the iconic photo of the “shell shocked marine” (hanging in the forum) that peaked Loyd’s interest in recovering the stories of the veterans in the Delta Company. Only one name was recalled by the photographer – Captain Myron Harrington. Thus began the transatlantic search for the entire company…

Jon Swain is a journalist and author. After a brief stint in the French Foreign Legion, his desire to be a foreign correspondent drove him first to Paris and then, in early 1970, to Indo-China to cover the Vietnam war. He stayed until 1975, working first for Agence France-Presse, the French news agency, and then as a freelance reporter and photographer, principally for The Sunday Times, BBC, Economist and Daily Mail before he joined the staff of The Sunday Times. Later, Swain was the only British journalist in Phnom Penh when it fell to the Khmer Rouge in April 1975. His coverage of these events and their aftermath won him the British Press Award for Journalist of the Year. His story was retold in the Oscar-winning film, The Killing Fields and his bestselling book River of Time.