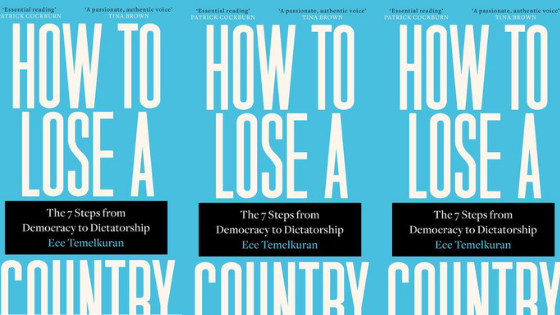 How To Lose A Country: an Evening with Ece Temelkuran and Patrick Cockburn

You may have noticed that Populism is getting quite… popular. In the last 20 years, populist parties in Europe have tripled their votes. By 2018, they were in government in 11 countries. Populist leaders now govern countries with a combined population of over 2 billion people. How did we get here? Where are we going? What’s at stake?

There are, of course, no simple answers. Populism evades the traditional tropes of how politics plays out in democracies. Across the world, populist challengers are concocting complex hybrids of left-wing economics with exclusionary social protections to capitalise on mistrust of ruling elites – and a fear of mass migration. We’re joined by award winning author and journalists, Ece Temelkuran and Patrick Cockburn, to try and understand why, how: and why now.

In her new book, How To Lose a Country, Ece is proposing alternative, global answers to the pressing, and too often paralysing, political questions of our time. Temelkuran explores the insidious idea of “real people”, the infantilisation of language and debate, the way laughter can prove a false friend, and the dangers of underestimating one’s opponent. She weaves memoir, history and argument into an urgent and eloquent defence of democracy, fierce debate and dissent.

Ece Temelkuran is an award-winning Turkish novelist and political commentator whose journalism has appeared in the Guardian, New York Times, New Statesman, Frankfurter Allgemeine and Der Spiegel. She is also a frequent commentator on BBC and Channel 4. She won the Edinburgh International Book Festival First Book Award for her novel Women Who Blow on Knots and the Ambassador of New Europe Award for Turkey: The Insane and the Melancholy. She has been twice recognised as Turkey’s most-read political columnist, and twice rated as one of the ten most influential people in social media.

Patrick Cockburn is an Irish journalist who has been Middle East correspondent for the Financial Times since 1979 and, from 1990, The Independent. He has also worked as a correspondent in Moscow and Washington and is a frequent contributor to the London Review of Books. He has received the Martha Gellhorn prize for war reporting, the James Cameron Award, and the Orwell Prize for Journalism. He is the author of Muqtada, about war and rebellion in Iraq; The Occupation (shortlisted for a National Book Critics Circle Award in 2007); The Broken Boy, a memoir; and with Andrew Cockburn, Out of the Ashes: The Resurrection of Saddam Hussein.

Watch the video stream of How to Lose a Country