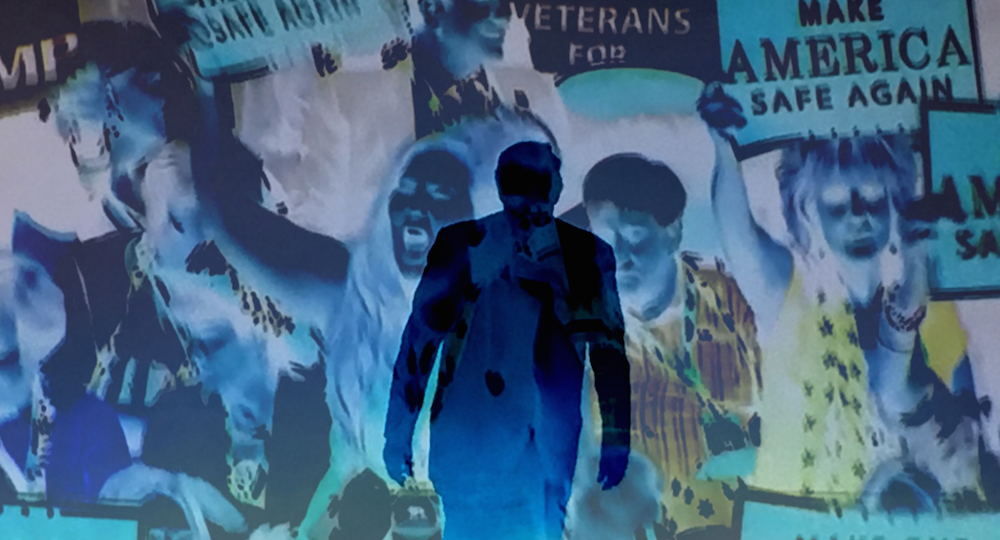 GroundTruth Presents: America’s Election and the Media in an Age of Distrust

The GroundTruth Project, a Boston-based non-profit news organisation, is dedicated to supporting the next generation of international correspondents.

On the eve of the US election, GroundTruth founders Charles Sennott and Gary Knight look forward to introducing GroundTruth to the London media community.

Calvin Sims, former New York Times correspondent and GroundTruth Board member, will moderate a panel discussion with columnist and author Laurie Penny and GroundTruth journalists from the US and the UK.

The Bonfire of The Vanities: America’s Election and the Media in an Age of Disaffection and Distrust

This US election is unprecedented. Partisan politics and aligned journalism have all but destroyed the reach of the US mainstream press.

Millennials prefer to voice their grievances on Twitter than in the polling booth. And in the media maelstrom, opinion often passes for fact.

We ask:
How much credibility has the media lost in this election?

Where does journalism fit in the polarised political and social landscape? What role should the media play to improve discourse?

Where will millennial journalists take the role of the media and can social media get out the millennial vote?

Calvin Sims has more than 20 years of experience in journalism, philanthropy, and international affairs. He has served in senior roles at International House, The New York Times, Discovery Times Channel, the Council on Foreign Relations, the Ford Foundation, and leading non-profit organisations. At The New York Times, he served as bureau chief and foreign correspondent in Argentina, Japan, Korea, and Indonesia.

Laurie Penny is a journalist, feminist and author of five books including Unspeakable Things (Bloomsbury 2014), Cybersexism (Bloomsbury 2013) and Meat Market (Zer0 2011). She was a Nieman Fellow at Harvard University and a contributing Editor at New Statesman. Writes and speaks on social justice, pop culture, gender issues and digital politics for The Guardian, The New York Times, Vice, Salon, The Nation, The New Inquiry and many more.

Michael Goldfarb is a journalist author and broadcaster. He has reported for The Guardian, The New York Times, The Washington Post, NPR and Global Post.

Matt Negrin is a freelance journalist who has written for Diane Sawyer, Politico, and The New York Times.

Kevin Grant is The GroundTruth Project’s Co-founder and Managing Editor. Previously Senior Editor of Special Reports at GlobalPost, he edits award-winning coverage on global religion and youth unemployment among others. He holds an M.A. in Online Journalism from the University of Southern California’s Annenberg School, where he was a Dean’s Scholar and the founding Executive Editor of Annenberg’s thriving 24/7 news organization Neon Tommy. Grant is the former Operations Director of semantic news analyzer Inform.com.