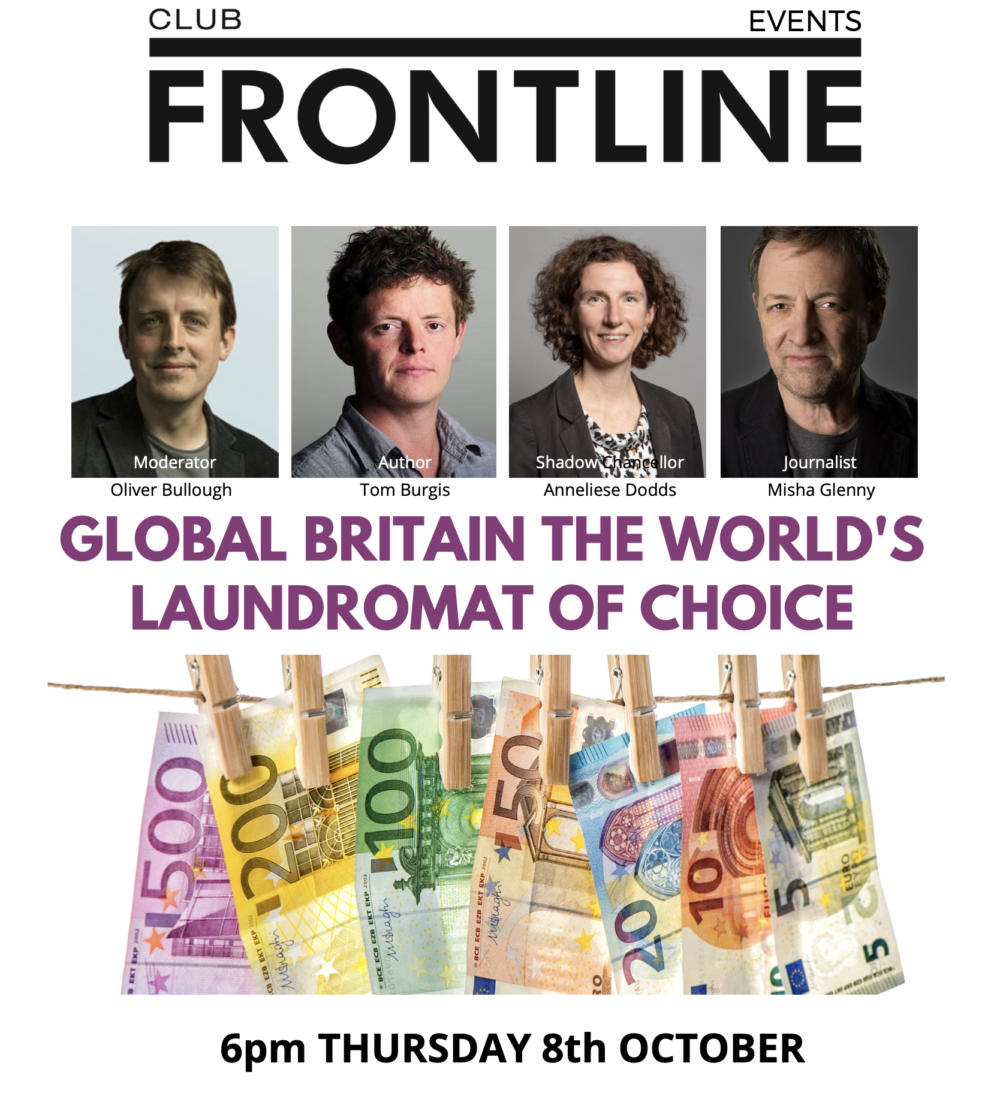 Whatever the scandal, whoever the crook, as long as there’s money involved, there’s always a British angle.

Britain is where kleptocrats love to put their money, where they come to manage their reputations, and to arrange their affairs. A succession of governments has failed to take this seriously enough, focussing instead on the need to keep regulation light and to be open for business.

Post-Brexit, we are supposed to be building a new Global Britain, so what can we do to end our role as the world’s laundromat of choice?

Tom Burgis is the author of the just-released Kleptopia, how dirty money is conquering the world (“a must read” — Washington Post) and an investigations correspondent at the Financial Times.

Anneliese Dodds is a Labour Party member of parliament for Oxford East, and shadow chancellor of the exchequer.

Misha Glenny is author of half a dozen books on Eastern Europe and financial crime, including McMafia, which became the smash hit BBC television series. He is a member of the advisory board of Global Witness.