Screening: Gamer – An Evening in Support of Oleg Sentsov 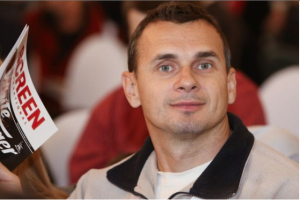 Please join us for a screening of Oleg Sentsov’s award-winning film Gamer. The screening will be followed by a Q&A via Skype with Sentsov’s cousin, Natalia Kaplan, who remains his key supporter and has followed his every step throughout the trial.

Prior to the screening, Kolonist wine company will be kindly providing Ukrainian wine for all attendees. We invite you to help us raise awareness of Sentsov’s plight, and to raise funds for his young family. Sentsov is a single parent to two children who are now cared for by their aunt and grandmother. The family remain strong and resolute, but having lost the main breadwinner there is no doubt that they will need as much support as possible. The admission fee to this event is £25.00, all of which will be donated to Sentsov’s Fund. If you cannot attend the event but would like to donate, please click on this link for bank details.

Below is a message from Oleg’s lawyer, Dimitri Dintze:

We ask that you do not give up and continue to rally in support of Oleg. Approximately 70% of the money coming in from your European side had gone to legal fees (legal fees, numerous trips to Moscow to the Crimea, and, of course, to Rostov-on-Don, as well as things like notarised translations of documents), approximately 30% went to the family and kids.

And once again letters in prison are very important to Oleg – he has almost nothing to do and without letters can only stare at the coffee grindings, and imagine what happens outside. Do not forget to attach the envelope to the response. 344082, Rostov-na-Donu, p.o. box 2710, Sencovu Oleg Gennadyevichu, born 1976.

Thanks again for the support, everything you do is very important.

In May 2014, Oleg Sentsov was accused of planning terrorist acts, then arrested and put on trial after attending a protest against the annexation of the Crimean Peninsula. In June of that year, a number of prominent European filmmakers, including Ken Loach, Agnieszka Holland, Pedro Almodóvar and Wim Wenders, signed an open letter to the Russian president, Vladimir Putin, calling for Sentsov’s release.

On 25 August 2015, the Russian Court convicted the filmmaker and his co-defendant, Alexander Kolchenko, following a trial which was described by Amnesty International as “redolent of Stalinist-era show trials.” Sentsov was sentenced to 20 years in prison, despite reports of the defendants being tortured and after the main witness retracted testimony given under duress.

The Russian penitentiary system can be brutal, and in some instances (such as the case of Sergei Magnitsky) lethal. It is therefore all the more important to ensure that Sentsov’s name remains in the headlines, to remind the Russian government that his case will not be ignored or forgotten. 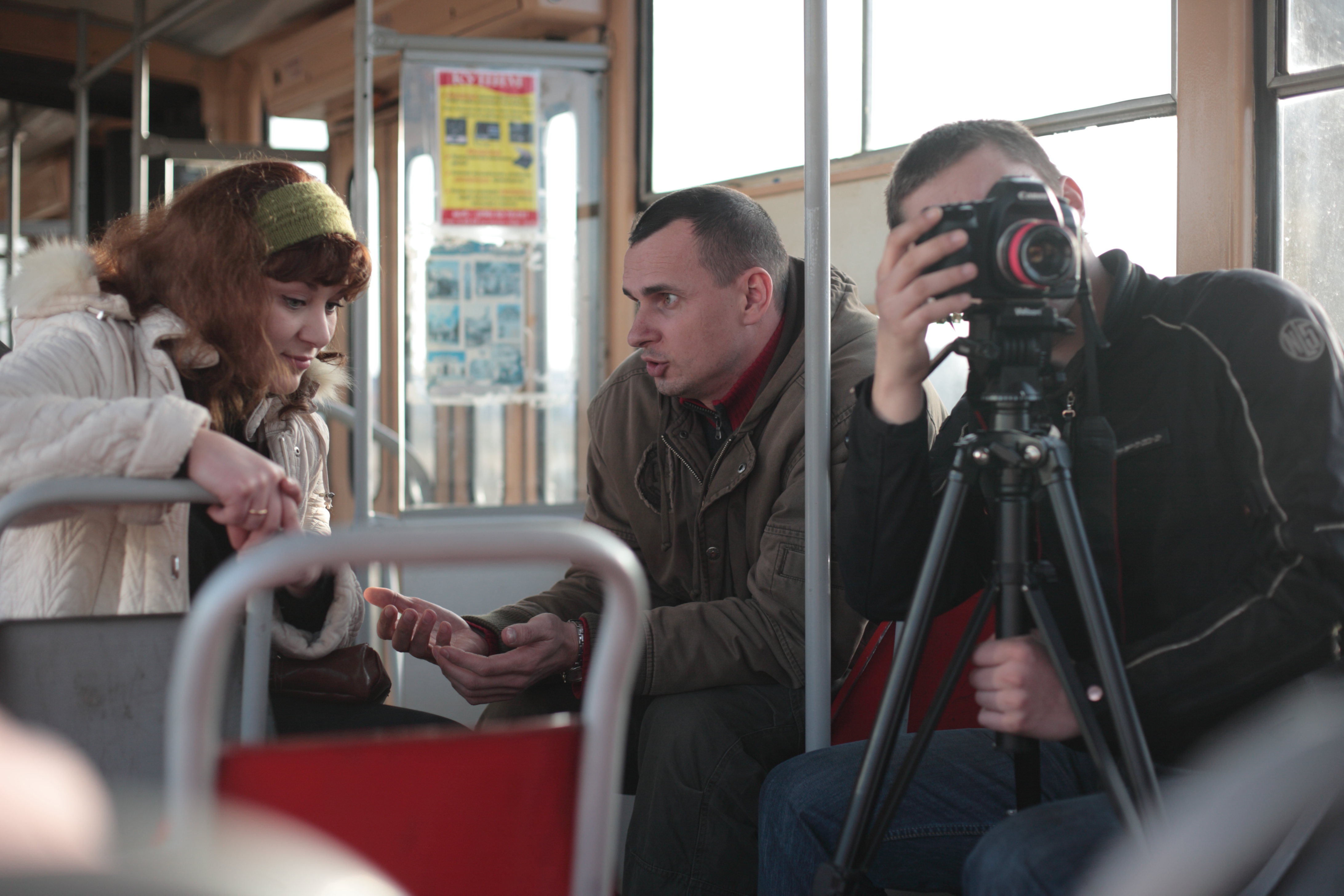 Oleg Sentsov and his crew, courtesy of Natalia Kaplan

This event will be held in partnership with