Ready your teams (and brains) once more, the Club Quiz is back for October with returning quizmaster and ‘real life’ QI Elf Stevyn Colgan.

Teams can consist of up to six people, and there will be five rounds of 10 questions. The entry cost is £5 per person, with all money raised going towards the Fixers Fund, assisting families of fixers around the world killed or injured while working with the international media. 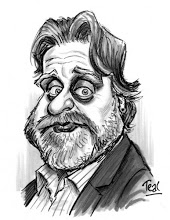 Stevyn Colgan is an author, artist, songwriter, public speaker and oddly-spelled Cornishman. He is one of the ‘QI Elves’ that supply the questions for the popular BBC TV series and co-writes its sister show, The Museum of Curiosity, for BBC Radio 4. He has also, among other things, been a chef, a potato picker, a milkman and a police officer. He has written briefing notes for two Prime Ministers and TV scripts for Gerry Anderson and Doctor Who. He’s helped build dinosaur skeletons for the Natural History Museum, movie monsters for Bruce Willis to shoot at, and was the official artist for the 2006 National Children’s Book Fair.

He has been set on fire twice, been shot at once, and has given hundreds of talks across the UK and USA on a variety of subjects from problem solving to Cornish mythology to why he believes that he wasn’t intelligently designed. He is the author of Joined-Up Thinking (Pan Macmillan 2008), Henhwedhlow: The Clotted Cream of Cornish Folk Tales (Kowethas 2010) and Constable Colgan’s Connectoscope a book about art, recording an album of his own songs and developing an animated series based on Constable Colgan’s Connectoscope He stops inordinately frequently for tea.