First Wednesday: In the Picture with Abbas – Documenting Iran from 1970 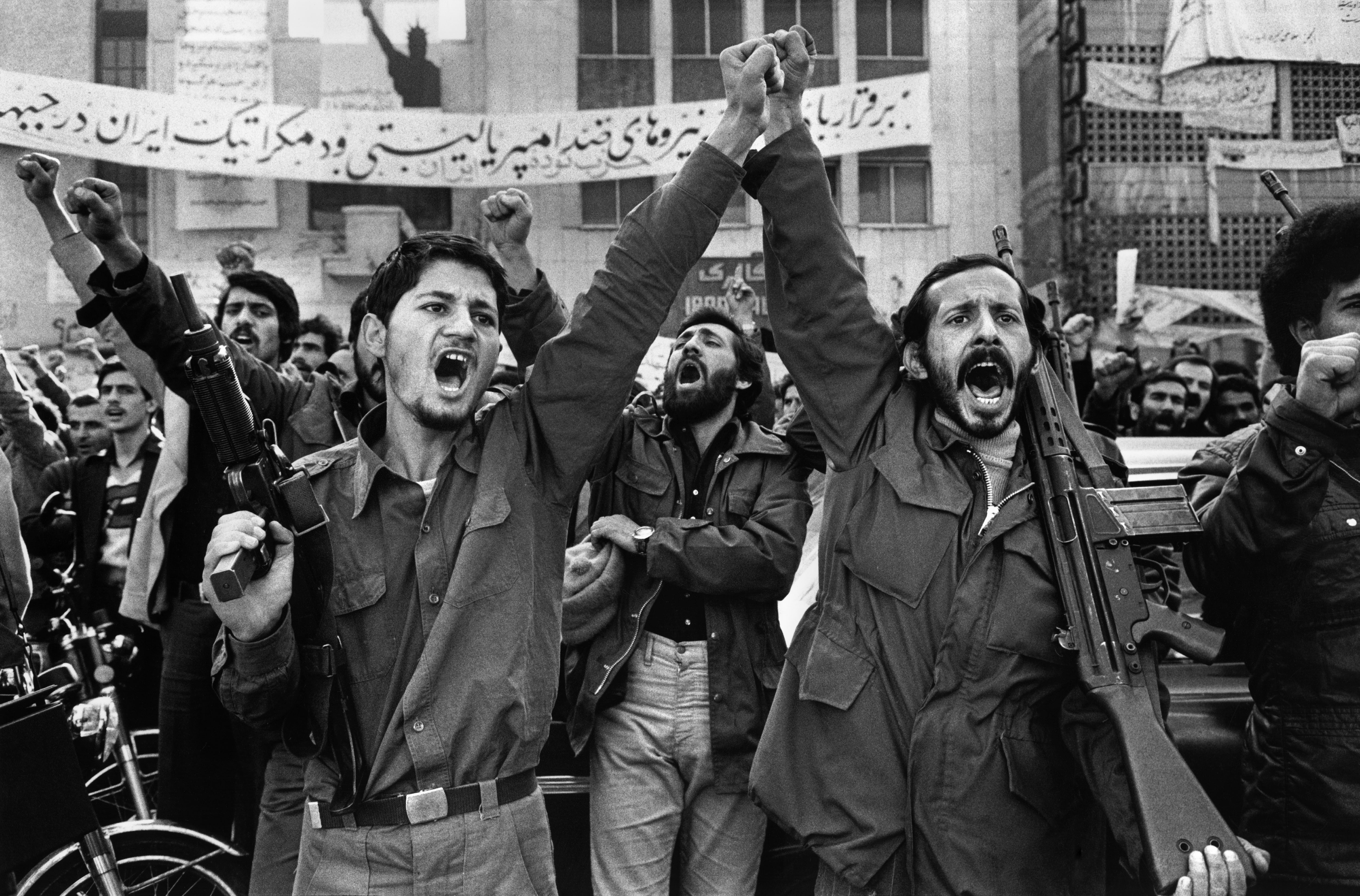 Abbas was born a photographer. A member of the legendary Magnum Photo Agency, his work since 1970 covering wars and revolutions in Biafra, Bangladesh, Northern Ireland, Vietnam, the Middle East, Chile, Cuba, and South Africa during apartheid is well known.

Yet it is his work from Iran, his country of birth, that is transcendent. In an extraordinary body of work spanning from the 1970s to his return in 1997 after 17 years of exile, his photographs capture every level of Iranian politics and society – from the Shah and his men to the streets of Tehran.

To mark the launch of a website that brings together this body of work, Abbas will be joining us in conversation with journalist and filmmaker Maziar Bahari, who produced the website, to show and discuss his photographs. Chaired by CBS News correspondent, Elizabeth Palmer.

Photo: Tehran, Iran. Armed militants outside the United States Embassy, where diplomats had been held hostage since 4 November, 1979. In the background is a banner displaying the American Statue of Liberty.