First Wednesday: Who will be the next president of Iran and why does it matter?

On 14 June Iranians will go to to the polls to vote for a president to replace Mahmoud Ahmadinejad, but what significance does this election hold? Iran’s Guardian Council has approved eight candidates from the list of more than 600 hopefuls. Two notable exclusions were leading contenders Ali Akbar Hashemi Rafsanjani and Esfandiar Rahim Mashaei.

We will be joined by a panel of experts to ask if these disqualifications signal a demise of hope for peaceful change in Iran and a move towards absolute dictatorship. What does this mean for the reform movement?

Join us to analyse the approaching election, the main players and what the result will mean for the future of Iran.

Chaired by Martin Fletcher, former assistant editor and foreign editor of The Times. He covered the 2009 presidential election in Iran.

Kelly Golnoush Niknejad is founder and editor-in-chief of the award-winning Tehran Bureau, which is hosted by the Guardian. She is also the inaugural recipient of the Innovator Award from Columbia Journalism School for “inspiring, creating, developing, or implementing new ideas that further the cause of journalism”.

Roberto Toscano was the Italian Ambassador to Iran for five years (2003-2008). As a career diplomat, he has served in a number of other posts (India, Chile, USSR, Spain, United States, as well as at Italy’s Permanent Mission to the United Nations at Geneva). He is the author of books and articles on human rights, peacekeeping, conflict prevention, ethics and international relations.

Saeed Barzin has been an Iran analyst with BBC Persian Service and the BBC Monitoring service since 2006. He has written extensively on Iranian politics, media and society for general audiences, internal BBC customers and UK government officials. Over the past 15 years he has written for a number of current affairs journals and has published several books, including the Political Biography of Mehdi Bazargan which was among the top ten best-selling books in Iran in mid 1990s.

Roger Cohen is a journalist, author and op-ed columnist for The New York Times. He joined The New York Times in 1990 where he was a foreign correspondent for more than a decade before becoming acting foreign editor on 11 September 2001, and foreign editor six months later. Since 2004, he has written a column for the International Herald Tribune and 2009 he was named a columnist of The New York Times. He is author of Hearts Grown Brutal: Sagas of Sarajevo and Soldiers and Slaves: American POWs Trapped by the Nazis’ Final Gamble, he has also co-written a biography of General Norman Schwarzkopf, In the Eye of the Storm.

This session is in association with BBC Persian Service. 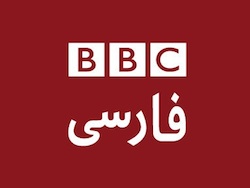