First Wednesday: Who will lead Afghanistan?

This event is organised in partnership with BBC World Service.

As Afghanistan gears up for a pivotal presidential election we will be bringing together a panel of experts to take an in-depth look at the candidates and what they are offering.

The election is the third presidential poll since the fall of the Taliban and it anticipates the country’s first peaceful democratic transfer of power. With Hamid Karzai barred from running again, the departure of foreign troops imminently approaching and a long-term security deal with the US not yet agreed, the stakes are high.

We will be looking at the candidates and the challenge that awaits them of managing the country and relations with the international community.

Horia Mosadiq is an Afghan human rights activist and journalist with around 20 years of work experience in Afghanistan and the region, in the fields of media, human rights, transitional justice and women rights. Since September 2008 she has worked at Amnesty International, International Secretariat as an Afghanistan Researcher.

Michael Semple is a visiting professor at the Centre for Conflict Transformation, Queen’s University, Belfast, and affiliated to the Carr Center for Human Rights Policy, Harvard Kennedy School. He conducts research on the Afghan Taliban Movement, conflict in Afghanistan and Pakistan and approaches to reconciliation.

Emal Pasarly is the multimedia editor for the BBC Pashto-Persian service. He was born in Northern Province of Kunduz, Afghanistan and as a result of the Russian invasion, his family migrated to neighbouring Pakistan. He moved to London in 1993 and began working with the BBC World Service in 1996. He also writes fiction in Pashto and has published two novels and four collections of short stories.

Francesc Vendrellhas had a long career in the UN and, later in the EU, in the settlement of internal and international conflicts, including Central America, Haiti, Nagorno-Karabakh, Cambodia, Myanmar, East Timor and Papua New Guinea. From 2000 to 2002 he was the UN Secretary-General’s Personal Representative for Afghanistan and from mid-2002 to September 2008 the EU Special Representative for Afghanistan. As Chair of the Board of AAN, he regularly visits Afghanistan. 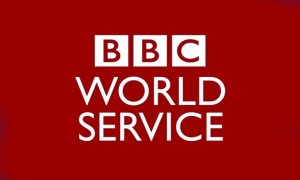