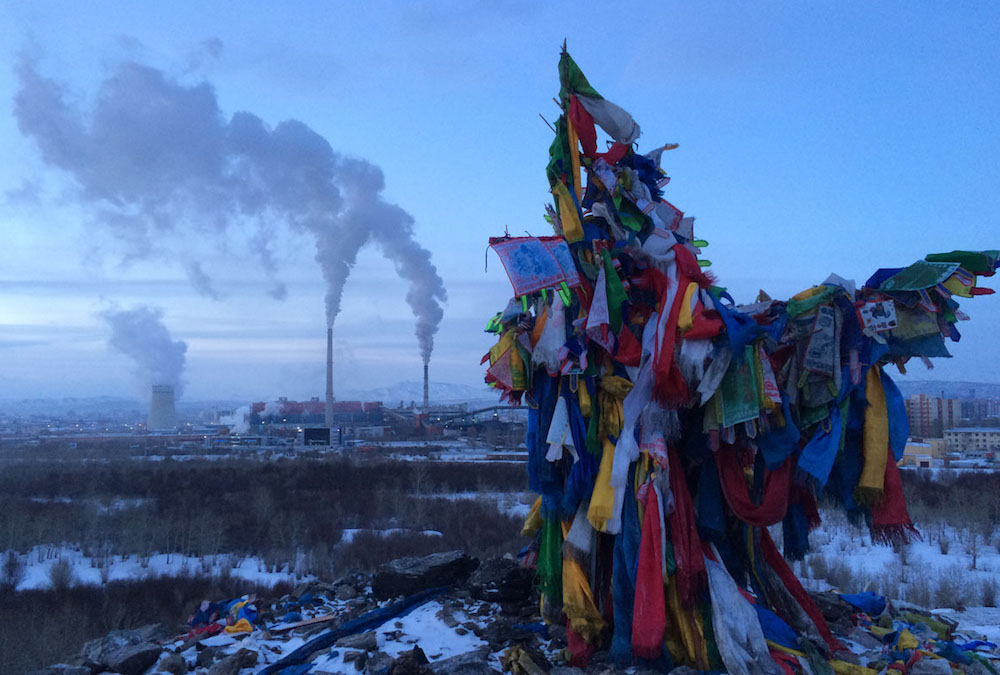 Our planet is going through the most rapid phase of urbanization in its history. Already more than half of humanity lives in urban areas. By 2050, that number will be closer to two thirds. Ninety 90 percent of this increase is expected to happen in Asia and Africa.

But rapid urban growth is a challenge for cities everywhere – from the effects of climate change and natural disasters to mass migration, urban sprawl, pollution and lack of affordable housing.

During an evening of film screenings and discussion, we explore these tensions and what solutions can be found to make cities places that leave no one behind and that are a joy to live in for everyone.

The evening will begin with the screening of two recent films made by PLACE, the Thomson Reuters Foundation’s website covering land and property rights stories around the world.

“Falling Freetown” looks at Freetown, the capital of Sierra Leone in the wake of last year’s landslide that claimed the lives of about 1,000 people, a disaster many said was waiting to happen due to poor urban planning combined with rapid migration, deforestation, and freak weather events linked to climate change.

“Urban Nomads” looks at the challenges facing Mongolia’s herding community and the mass migration from rural areas into the capital Ulaanbaatar as climate change and socio-economic changes force people into the city.

A panel discussion with urban experts will explore the themes raised in the films and discuss solutions that turn these challenges into opportunities for cities. The filmmakers will also be available to answer questions.

Sarah Colenbrander is a Senior Researcher on urban issues at the International Institute for Environment and Development (IIED). Her areas of expertise include financing urban infrastructure, urban governance for inclusion and sustainability, and climate and energy policy in urban areas. She is also Global Programme Lead and Senior Economist at the Coalition for Urban Transitions, a network of research, government and private sector organisations. In addition to academic publications, she has contributed to World Bank, New Climate Economy and UN Environment reports and is Associate Editor for the journal ‘Environment and Urbanization’. She is also a guest lecturer at the University of Oxford, University College London and University of Manchester.

Anna Locke – Head of Programme of Agricultural Development and Policy at ODI (The Overseas Development Institute). Her work focuses on land governance and large-scale investment, biofuels and food security. She has in-depth experience working on market-led agriculture, analysing and advising on how to develop agriculture to promote sustainable growth and reduce poverty, based on principles of competitiveness, market access and inclusiveness.

Euphemia Sydney-Davies is a Sierra Leonean fashion designer and founder of the Sydney-Davies label who is passionate about ethical and sustainable fashion.  Instead of outsourcing work to India or China, she set up a small tailoring workshop in Freetown, where she trains local men and women how to make garments for her clothing ranges. After the mudslide Sydney-Davies went home to help her people and raised funds in the UK, where she is based, to assist those most affected. She remains in touch with those who lost everything in the disaster and is critical of the government’s handling of the crisis.

Charles Landry is an author, speaker and international adviser on the future of cities. He is best known for popularising the Creative City concept. Its focus is how cities can create the enabling conditions for people and organisations to think, plan and act with imagination to solve problems and develop opportunities. He has chaired multiple urban innovation juries including The European Capital of Innovation Award – iCapital, New Innovations in the Creative Economy (N.I.C.E.) and Actors for Urban Change. He is a fellow of The Robert Bosch Academy in Berlin.