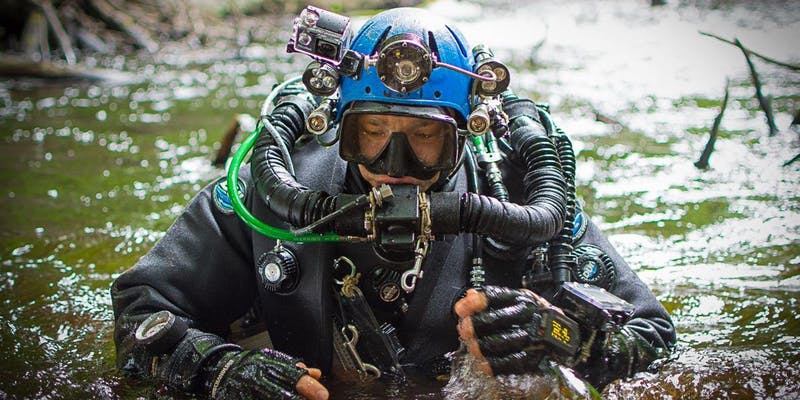 In June and July 2018, a dramatic cave rescue in Thuam Luang, northern Thailand brought to safety 12 members of a junior football team and their coach who had been trapped underground for 17 days. Jim Warny, a professional diver who played a leading role in the drama, talks to the Explorers Club about the story behind the rescue and how it was achieved against all odds.

Warny, who is soon set to star in The Cave, a film depicting the real-life rescue, was one of the lead divers in the last stages of the mission. Much of this involved using procedures that had never been tested before, due to the extraordinary circumstances, including sedating the boys in order to navigate them through the 4km cave system safely.

This event is hosted by The Explorers Club, an organisation which promotes the scientific exploration of land, sea, air, and space by supporting research and education in the physical, natural and biological sciences. Tickets can be brought via their Eventbrite page here (Explorer Club Members £10. Non-Members £20) and includes canapés and drinks from 7pm. The discussion with Warny begins at 7:30pm.

Jim Warny was born in Belgium in 1982. He started diving in 1997 and soon got attracted by the technical side of the sport. He modified and built custom diving equipment to enable him to progress deeper in to caves. He has participated in multiple expeditions in France, Italy and recently in the Huautla cave system in Mexico. But when Jim moved to Ireland in 2004 he found his calling in the dark caves and resurgences in the Galway/Clare region.