Ethics in the News: Censorship and Survival in Egypt and Beyond

In the fifth of our series of “Ethics in the News” events with the Ethical Journalism Network, we have teamed up with the World Association of Newspapers and News Publishers to mark the 8 year anniversary of the Tahrir Square protests in Cairo that began on 25th January 2011.

The downward spiral of media freedoms in Egypt in those eight years is well documented. With one hand, the state has corroded access to information, removing websites that may be a “threat to national security”. With the other, it regularly attacks those that would provide the public with such reliable information. In 2018, Egypt jailed more journalists for “publishing false news” than any other country. Many others simply disappeared.

For those that remain, censorship reigns; censorship that shakes the bedrock of independent journalism in Egypt. For media workers in the region, internalising those red lines presents some of the most challenging ethical decisions they will face in their careers and lives. Join us to hear from those who’ve experienced first hand how censorship affects journalists – and journalism – across the Middle East.

The event will begin with a film screening of “The People’s Property” (16 mins), which discusses self-censorship and press freedom in Egypt. The film was produced by WAN-IFRA (World Association of Newspapers and News Publishers) as part of their Strengthening Media and Society in Developing Countries and Fragile States programme.

Dr Zahera Harb is a senior lecturer in International Journalism at City, University of London. Dr Harb has more than 11 years of experience as a journalist in Lebanon working for Lebanese and international media organisations. She started as a news reporter and distinguished herself in particular in the coverage of war operations in the battlefield of South Lebanon. Dr Harb was trained in Holland and the UK and has a BA in Journalism from the Lebanese University, a Diploma in Broadcasting News and an MA and PhD in Journalism Studies and Political Communications from Cardiff University. Dr Harb was a member of the Ofcom content board from December 2015 to December 2018. She is a board member and trustee of the Ethical Journalism Network.

Lobna Monieb is an Egyptian journalist who has reported from and about the Middle East for the Financial Times, Le Figaro, DPA, Mada Masr and al-Shorouk since 2012. She holds a Masters Degree in International Journalism from City, University of London

Omar Al-Ghazzi is Assistant Professor in the Department of Media and Communications at the London School of Economics & Political Science (LSE). Dr Al-Ghazzi’s expertise is in conflict reporting and representation, with a focus on digital media and collective memory in the Middle East and North Africa. Before joining LSE, he was a lecturer (assistant professor) at the Department of Journalism, the University of Sheffield. Dr Al-Ghazzi completed his PhD at the Annenberg School for Communication, the University of Pennsylvania. He comes from a journalism professional background and has previously worked at BBC Monitoring and Al-Hayat daily. 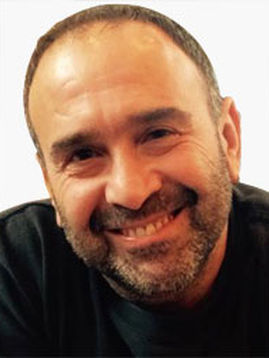 Ghias is a human rights advocate currently based in London. He has more than twenty years of experience of working on the Middle East and North Africa (MENA) for national and international organisations specialising in human rights, freedom of expression and media development. Ghias ran WAN-IFRA’s MENA Project Strengthening Media and Society programme between January 2016 and June 2018. The project covered Egypt, Jordan and Palestine. Ghias also worked for PEN International, Article 19, Institute for War and Peace Reporting (IWPR), International Freedom of Expression Exchange (IFEX) and Amnesty International.

To find out how to support the EJN visit: https://ethicaljournalismnetwork.org/support