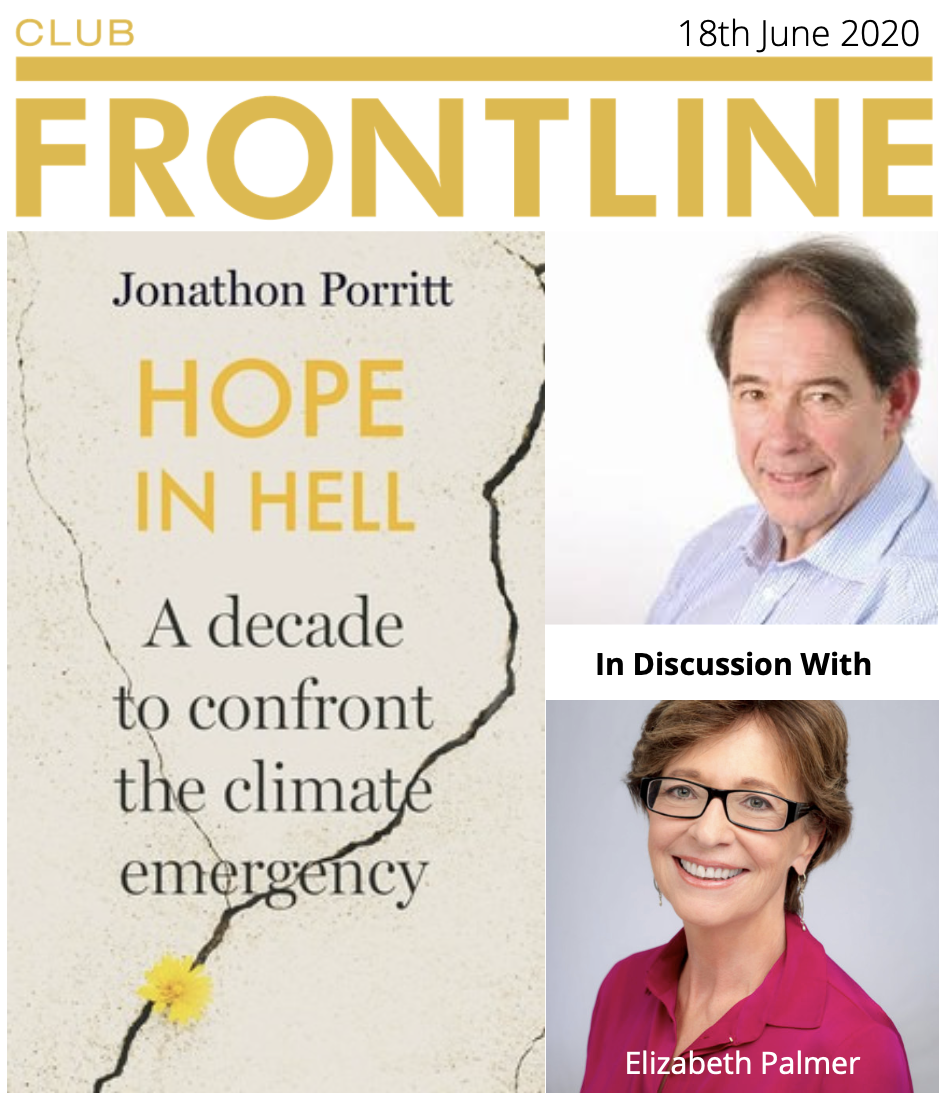 Climate change is the defining issue of our time – we know, beyond reasonable doubt, what that science now tells us. Just as climate change is accelerating, so too must we – summoning up a greater sense of urgency, courage and shared endeavour than humankind has ever seen before.

The Age of Climate Change is an age of superlatives: most extreme this, biggest that, most costly ever. The impacts worsen every year, played out in people’s backyards and communities, and more and more people around the world now realise this is going to be a massive challenge for the rest of their lives. In Hope in Hell, Porritt confronts that dilemma head on. He believes we have time to do what needs to be done, but only if we move now – and move together. In this ultimately optimistic book, he explores all these reasons to be hopeful: new technology; the power of innovation; the mobilisation of young people – and a sense of intergenerational solidarity as older generations come to understand their own obligation to secure a safer world for their children and grandchildren

In addition, Jonathon is President of Population Matters, President of The Conservation Volunteers and a Director of Collectively (an online platform celebrating sustainable innovation). He was formerly Director of Friends of the Earth (1984-90), co-chair of the Green Party (1980-83), of which he is still a member, a Trustee of World Wildlife Fund UK (1991-2005) and between 2000-2009 he was Chair of the UK Sustainable Development Commission, providing high-level advice to Government Ministers, Jonathon was installed as the Chancellor of Keele University in February 2012 and he received a CBE in January 2000 for services to environmental protection.

Bill McKibben, a contributing writer to The New Yorker, is a founder of the grassroots climate campaign 350.org and the Schumann Distinguished Scholar in environmental studies at Middlebury College. His latest book is “Falter: Has the Human Game Begun to Play Itself Out?

Nicole Itano is executive director of TVE. She is author of No Place Left To Bury The Dead: Denial, Despair, and Hope in the African AIDS Pandemic.