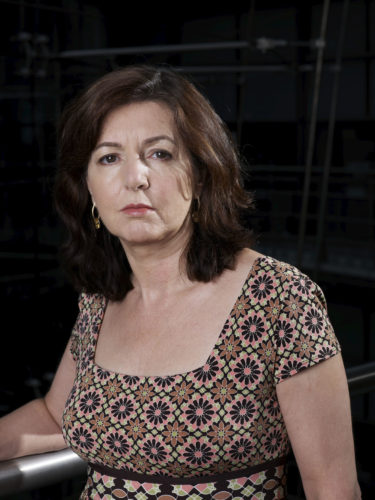 Last month, at the Edinburgh Television Festival Dorothy Byrne, Channel 4’s highly respected Head of News and Current Affairs, delivered a funny, brutal and hard-hitting MacTaggart lecture that has been described as a clarion call for broadcast journalism to step up to the plate at a time when national and international democracy is being undermined.

In her speech, Byrne called out television’s current lack of bravery, innovation and commitment and called on commissioners and producers to embrace serious analysis, respect its viewers and return to clever, controversial and difficult TV that challenged contemporary society and helped to shape society for the better.

Byrne cited television’s lack of diversity, its reliance on a posh white male elite and recalled its sexist past, arguing that the industry’s failure to become more ethnically diverse undermines its important role as a mediator between politicians and the public. At a time when politicians are increasingly unwilling to give in-depth interviews on television and radio, she called on them to hold themselves up to proper scrutiny and accountability..

At its heart was a serious message about the role and responsibility of the free press in a democracy and a plea for television journalists to stand up and speak truth to power.

Join Dorothy Byrne in conversation with Jodie Ginsberg, Chief Executive of Index on Censorship in what promises to be a hard-hitting, honest and illuminating discussion.

Dorothy Byrne is Head of News & Current Affairs at Channel Four Television. During her tenure, the Channel 4 News and current affairs programmes have won numerous BAFTA, RTS, Emmy Awards and others.

Dorothy was made a Fellow of The Royal Television Society for her outstanding contribution to television and received the Outstanding Contribution Award at the RTS Journalism Awards in 2018. She has received a BAFTA Scotland award for her services to television and has also won the Factual Award given by Women in Film and Television. She is the chair of the Ethical Journalism Network an alliance of reporters, editors and publishers that works to build trust in news media and strengthen journalism around the world through training, education and research.

She is a former World In Action producer and editor of ITV’s The Big Story. Before joining Channel 4 she also produced arts programmes and executive produced history series for the channel.  She is a Visiting Professor at De Montfort University where Channel Four supports an MA in Investigative Journalism.

Jodie Ginsberg is Chief Executive of Index on Censorship, a London-based organisation that has published work by censored writers and artists and campaigned globally on freedom of expression issues since 1972. Prior to joining Index, Jodie worked as a foreign correspondent and business journalist and was UK Bureau Chief for Reuters news agency. She sits on the council of global free expression network IFEX and the board of the Trust for The Bureau of Investigative Journalism, and is a regular commentator in international media on freedom of expression issues.

Presented in partnership with the Ethical Journalism Network

Watch the video stream of Dorothy Byrne: the MacTaggart Conversation