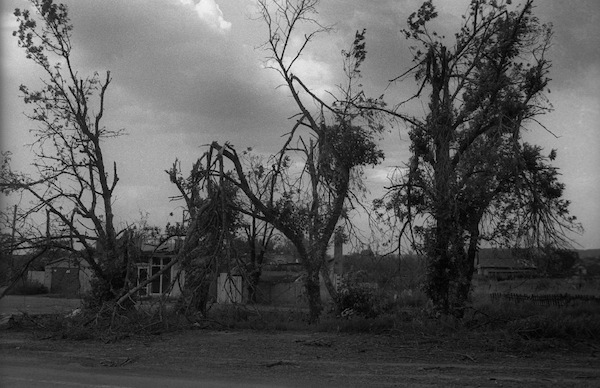 Documenting Ukraine is a four-day umbrella festival organised by Open City Docs, Frontline Club and GRAD, bringing Ukraine’s leading names in documentary cinema and theatre to London this May.

Documenting Ukraine: Two Days of Cinema and Debate presents nine film screenings with Q&A discussions and special panels exploring the realities of modern Ukraine and the depth of Ukrainian cinema.

In collaboration with our partners, Open Democracy Russia and DocudaysUA, we are delighted to give audiences the chance to see a rich programme of Ukrainian documentaries rarely presented in UK cinemas, from a live performance of Dziga Vertov’s silent 1928 documentary The Eleventh Year, to a work-in-progress screening of Askold Kurov’s urgent film about the imprisonment of Ukrainian filmmaker Oleg Sentsov.

The weekend’s events bring together Ukrainian and British filmmakers and experts to explore the intersection of cinema, culture and politics in Ukraine, with films and discussions examining the Maidan protests that brought about the downfall of President Yanukovych’s regime in 2014 and recent conflict in Donbass, as well as reflecting on Ukraine’s longer history and relationship with the Soviet Union.

We are extremely grateful to the O’NEILL CONSULTANCY for their generous support which has made this event possible.

Day passes are available for £14 as well as full weekend passes for £22.  The festival is free for Frontline Club members.

Booking through this page reserves you a full weekend pass. See the links below for the programmes by day.