Documenting Ukraine is a four-day umbrella festival organised by Open City Docs, Frontline Club and GRAD, bringing Ukraine’s leading names in documentary cinema and theatre to London this May.

Documenting Ukraine, two days of cinema and debate presents nine film screenings with Q&A discussions and special panels exploring the realities of modern Ukraine and the depth of Ukrainian cinema.

Day passes are available for £14, as well as full weekend passes for £22. Booking through this page reserves you a ticket for Sunday’s events.

14:00 UK Premiere: The Donetsk People’s Republic, Or The Curious Tale of the Handmade Country (53’) plus discussion
This is an unfiltered, fly-on-the-wall account of how the Donetsk People’s Republic came into being, filmed with astonishing access from May to April 2014, followed by a discussion with Anthony Butts, Nataliya Gumenyuk, Andrew Wilson, and Orysia Lutsevych. 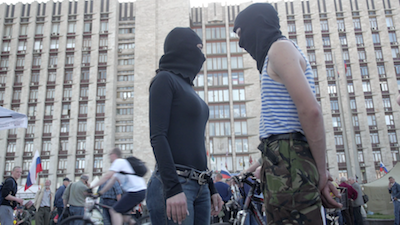 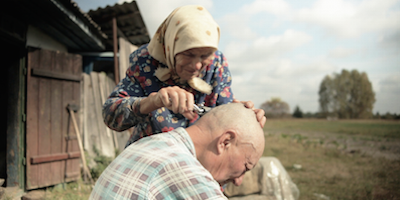