Documenting Disasters: Ten years on from the Indian Ocean tsunami 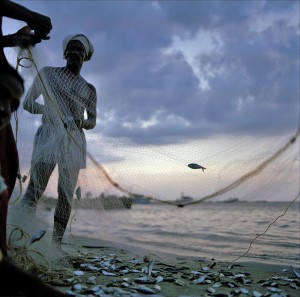 On Boxing Day 2004, a deadly tsunami originating in the Indian Ocean struck Indonesia, Sri Lanka, India and Thailand. The results were devastating: almost 250,000 people died and scenes of the tsunami striking and the aftermath dominated the news. It became one of the most well-documented natural disasters in history.

A decade on, what has changed, both in the way natural disasters are communicated and in the way the humanitarian industry responds to them?

For a two-part evening, in partnership with Christian Aid, we will be reflecting on the developments we have seen since the Indian Ocean tsunami and how communication around natural disasters has evolved.

1. Every time I see the sea

In August 2005, photojournalist Tim Hetherington was commissioned by Christian Aid to travel to India and Sri Lanka and produce a set of photos representing the organisation’s post-trauma, rehabilitation and rebuilding work, for a multi-media exhibition in London to mark the first anniversary of the Indian Ocean tsunami.

For the first part of the evening Joseph Cabon, senior photo editor who commissioned Hetherington, will present the images, many of which have not been published before. He will be talking to photographer Giles Duley about the use of photographic representation during difficult and testing times.

Joseph Cabon helped set up the photographic unit at Christian Aid more than 30 years ago. During his time with the organisation he has commissioned several hundred photo trips with a range of talented photographers, including well-known established names like Sebastião Salgado, Don McCullin and Chris Steele-Perkins. 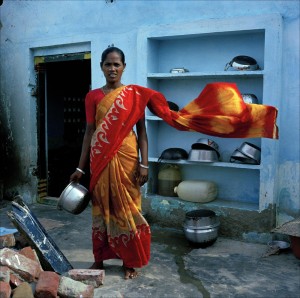 For the second part of the evening we will be bringing together a panel of journalists and members of the humanitarian sector to examine how communication around natural disasters has developed.

We will also be looking at the way affected communities are now using social media to document unfolding disasters and how journalists are utilising this to gather information and represent on the ground community views.

Chaired by Giles Duley, a documentary photographer who has worked in Angola, Sudan, Nigeria, DRC, Bangladesh, Afghanistan and Lebanon among others, covering humanitarian and conflict stories. He has partnered with charities such as MSF, Handicap International, MAG and EMERGENCY and his photographs have been published in The Sunday Times, Observer, GQ, Vogue and Esquire.

Nick Guttmann is head of humanitarian division at Christian Aid. He has worked in the humanitarian sector for over 26 years and has significant experience at field, HQ and alliance levels.

Imogen Wall is a freelance communications consultant who focusses on policy, advocacy and use of communications technology in disaster response. She arrived in Banda Aceh six weeks after the tsunami and stayed for 18 months, working for UNDP and UNOCHA on both tsunami response and post conflict communications projects.

Brendan Paddy is the head of communications at the Disasters Emergency Committee (DEC). He has led the media work of the DEC member agencies in the immediate aftermath of the Haiti earthquake, Pakistan floods and the East Africa food crisis. Previously he has held positions at Amnesty International, Save the Children, Childline and Age UK.

Atika Shubert is an award-winning CNN correspondent based in London. She has extensive reporting experience in Asia, the Middle East and Europe. She was one of the first correspondents to report live from Aceh, Indonesia, the area closest to the epicentre of the Indian Ocean tsunami.

Pictures: Tim Hetherington, Every time I see the sea