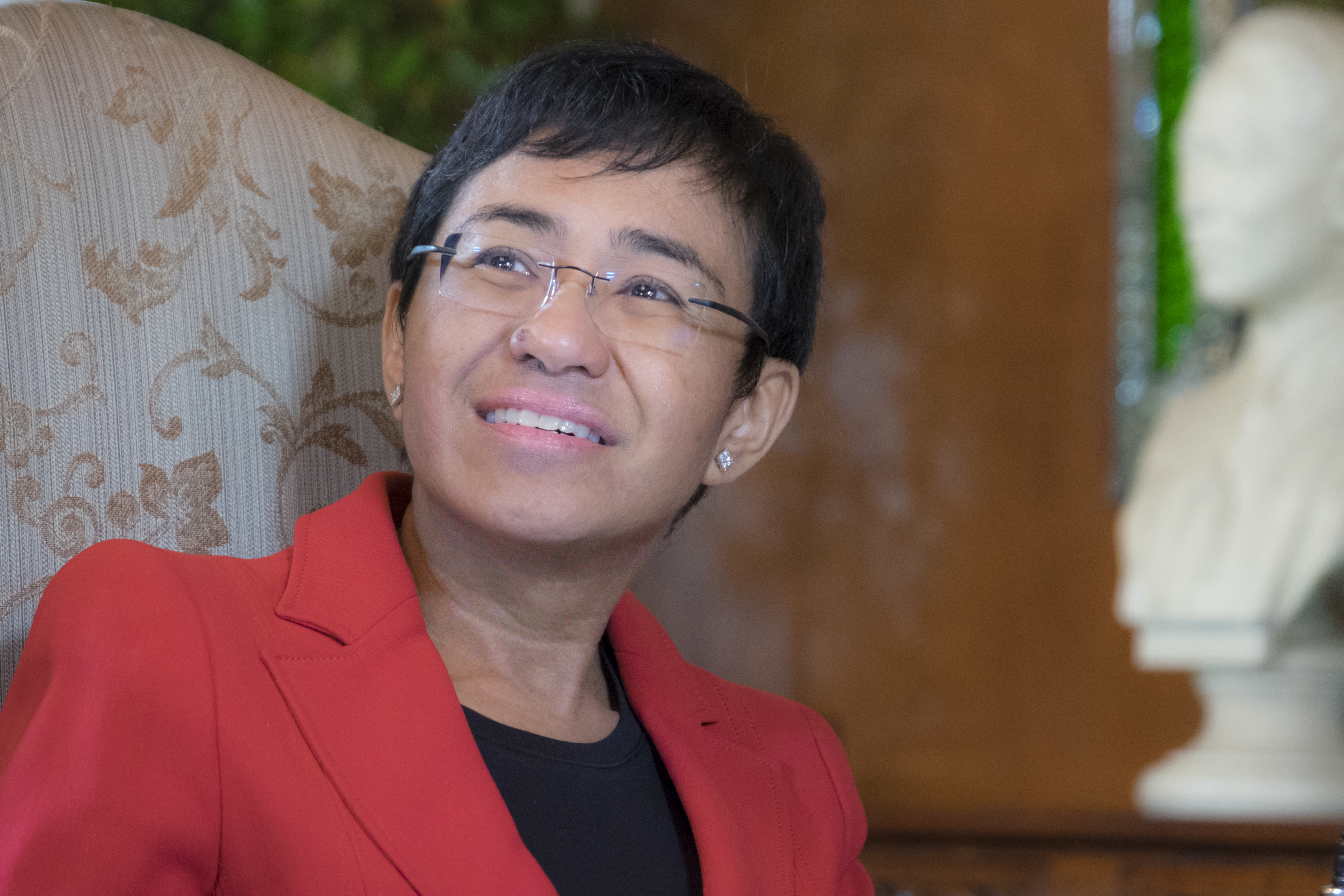 Journalist Maria Ressa co-founded the multi-award winning news startup Rappler in the Philippines in 2011. Since then, both she and Rappler have become key targets for Rodrigo Duterte’s government, with 11 cases brought against them amidst a crackdown on media freedom.

Rappler’s staff and operations have also been the subject of prolific and frequently orchestrated online attacks – an increasingly favoured weapon for those targeting journalists.

So how can independent media and journalists respond to such crises, which are increasingly moving from countries in the Global South to the developed West? As Ressa says, “We [the Philippines] are democracy’s dystopian future”.

Ressa will be at the Frontline Club with Dr. Julie Posetti the new Global Director of Research at the International Center for Journalists (ICFJ) and The Correspondent’s Conversation Editor Nabeelah Shabbir to discuss how news organisations are confronting increasing political attacks on media freedom.

Chaired by ICFJ President Joyce Barnathan the panel will also examine the ways in which three international news publishers are beginning to respond to ‘platform capture’, which Posetti describes as a combination of: the ‘weaponisation’ and manipulation of the platforms by malicious actors; social media companies’ seduction of news organisations; these companies’ frequently changing priorities and products; and some news publishers’ over-reliance on the platforms for distribution and audience engagement.

Join us for what promises to be an important and fascinating conversation about the future of independent news and democracy.

Maria Ressa is one of the founders of Rappler, a leading online news organizations in the Philippines. She has been honored around the world for her courageous and bold work in fighting disinformation, “fake news” and attempts to silence the free press. In 2018, she was named Time magazine’s “Person of the Year” and won the prestigious Golden Pen of Freedom Award from the World Association of Newspapers and News Publishers (WAN-INFRA) and the Knight International Journalism Award of the International Center for Journalists, among others. She has been a journalist in Asia for more than 30 years. She was CNN’s bureau chief in Manila then Jakarta, and became CNN’s lead investigative reporter focusing on terrorism in Southeast Asia. Her work aimed to redefine journalism by combining traditional broadcast, new media and mobile phone technology for social change.

Dr. Julie Posetti is Global Director of Research at the International Center for Journalists (ICFJ). An award-winning Australian journalist and academic, she is also Senior Research Associate at the Reuters Institute for the Study of Journalism at the University of Oxford, where she led the Institute’s Journalism Innovation Project, and Senior Researcher with the Centre for Freedom of the Media (CFOM) at Sheffield University. Dr. Posetti is author of UNESCO’s ‘Protecting Journalism Sources in the Digital Age’ (2017) and co-editor of ‘Journalism, ‘Fake News’ and Disinformation‘ (UNESCO 2018).  Dr Posetti is a former Australian Broadcasting Corporation (ABC) journalist, political correspondent and presenter, and the former head of Digital Editorial Capability at Fairfax Media.

Nabeelah Shabbir is a journalist at The Correspondent, launched in September 2019 and created by De Correspondent, a member-funded Dutch journalism platform. In her role as Conversation Editor she leads the interaction and knowledge-sharing between correspondents and members, a purposeful role in encouraging ‘memberful reporting’. In 2015, Nabeelah shared a British Journalism Award with the ‘Keep it in the Ground’ team at The Guardian. She is co-author of a series of RISJ reports on digital-born news media in Europe, and has freelanced at the Financial Times and Twitter. She writes about digital media, the environment and European affairs.

Joyce Barnathan is President of the International Center for Journalists (ICFJ) where she helps to develop and oversee a wide variety of high-impact programs at the nexus of quality journalism and technology. She ensures that the organization is at the forefront of a changing media landscape. Under her leadership, ICFJ transforms how journalists tell compelling stories and engage audiences. The revenue at ICFJ has more than doubled since she took over as president. Previously, Barnathan served as the executive editor, Global Franchise, for BusinessWeek. Prior to that, Barnathan completed a seven-year assignment as the Asia regional editor and Hong Kong bureau manager for BusinessWeek. Barnathan came to BusinessWeek from Newsweek, where she served as State Department correspondent, Moscow Bureau Chief and Special Projects Correspondent covering presidential elections.