Critiquing the media’s approach to the Israel-Palestine conflict

This session is organised by Middle East Monitor (MEMO). 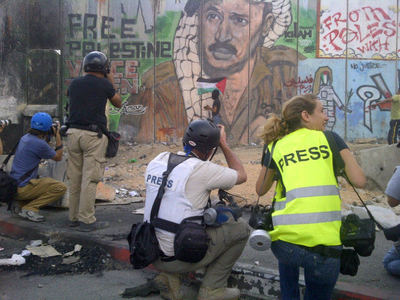 Book Launch of Memo to the Editor

A timely, revealing and important book, Memo to the Editor is a compilation of letters authored by Ibrahim Hewitt, the Middle East Monitor’s senior editor, and addressed to the editors of major newspapers on issues of the day.

‘Curated’ in forward chronological order and with a précis included, the letters which date from December 2009 deliver insightful and up-to-the-minute commentary and analysis on events of the Israel-Palestine Conflict as they occur. Woven into this is a shrewd, and frequently humorous, critique of the way these events are often misrepresented in mainstream media.

One of the author’s fundamental premises in writing these letters was to let journalists know that their work was under scrutiny. As such, the book also speaks to issues of freedom of the press and the space allowed to dissenting voices. The end result is a powerful and unique offering that provides the reader with a sustained argument and narrative from an alternative perspective. The quasi-conversational format that it employs also allows the incredulity and helpless horror at the injustices of the conflict felt by so many to be keenly articulated. 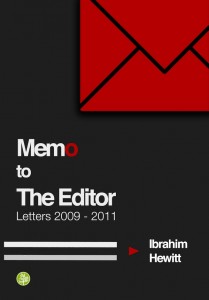 The author will be joined by former BBC Middle East Correspondent, Tim Llewellyn and foreign leader writer for the Guardian, David Hearst. They will be discussing media reporting on the Palestine-Israel conflict, looking at key events in the last decade and the way in which they were portrayed by Western media.

Chaired by Mark McDonald, a human rights barrister and the director and principle founder of the London Innocence Project. He has lectured extensively on US death penalty litigation and constitutional law. He is a founding member of Labour Friends of Palestine and the Middle East.