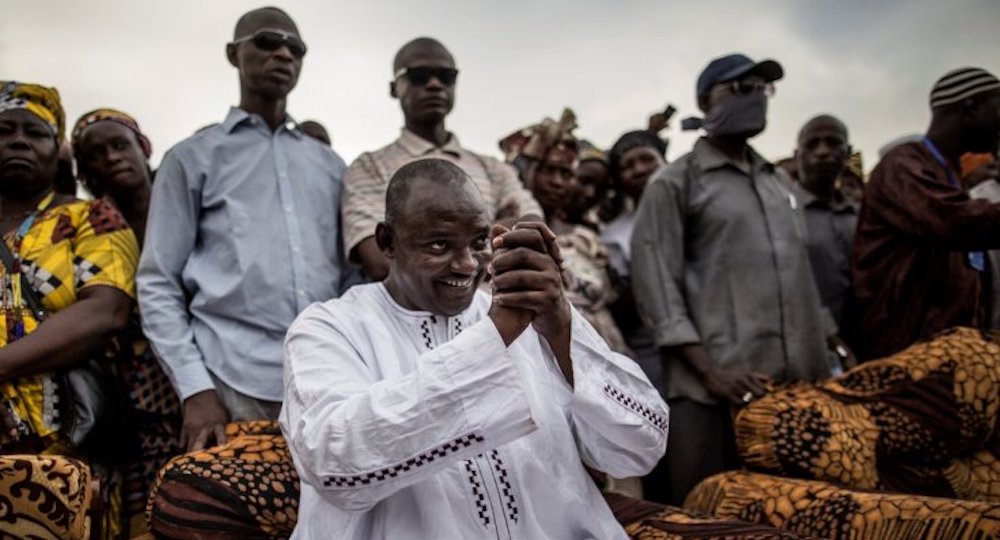 African Democracy: Is Gambia an Exception or a Turning Point?

In a series of dramatic events, former Gambian President Yahya Jammeh has headed into political exile, ending a 22-year authoritarian reign and a post-election political standoff that led to regional military intervention. The adviser to new president claims the exiled ruler shipped out luxury vehicles by cargo plane and stole 11 million dollars from the country.

After over two decades in power, Mr Jammeh was defeated in December’s election by Adama Barrow but went on to challenge the results. The former president stepped down peacefully after West African troops had been sent to Gambia in support of Mr Barrow, with the threat of military action from regional states looming.

The transfer of power in The Gambia has been celebrated as a democratic coup, with many urging other leaders across the continent– including those in the Democratic Republic of Congo, Rwanda, Burundi and Zimbabwe – to follow the “Gambian example” rather than clinging on to power after their constitutional term limits expire. Was it an exception, or proof that African leaders are increasingly willing to demand — and enforce — democracy in the region?

Chaired by James Copnall, Africa Editor for the BBC World Service. He was previously the BBC correspondent for Ivory Coast (2004-7), Morocco (2008-9) and Sudan and South Sudan (2009-12). He is the author of A Poisonous Thorn in our Hearts, a book about Sudan and South Sudan after the 2011 separation.

Jerome Starkey was The Times‘ Africa correspondent for five years from 2012 until he was deported from Kenya last year. His last assignment was in Gambia to cover the military showdown when President Yayha Jammeh refused to step down. Before that he lived in Afghanistan, from 2006-2012, initially as a freelancer and later as a stringer for The Times. He was appointed countryside correspondent in February.

Ludovica Iaccino is an international news reporter at IBTimes UK covering foreign affairs and news in regions such as Africa and the Middle East. She has previously reported from Malawi, Rwanda, Israel, the Palestinian territories, and Lebanon. Ludovica is the author of The Silence of Nyamata, a historical novel on the 1994 Rwandan genocide. A photojournalist, she also collaborates with the websites IecoAfrica and Words in the Bucket

Murtala Touray is a Gambian with over two decades of experience working across West Africa with public, NGO and private entities including the regional body, Economic Community of West African States (ECOWAS) headquartered in Abuja, Nigeria. Murtala holds a Master’s degree in African Peace and Conflict Studies from the University of Bradford and provides advisory service on political, social and security risks facing business and humanitarian operations in West Africa.

Nic Cheeseman is Professor of Democracy at Birmingham University. He was the joint editor of African Affairs, the #1 journal in Area Studies, for four years and is one of the editors of The African Affairs Reader (OUP, 2017) along with Lindsay Whitfield and Carl Death. Professor Cheeseman’s research interests focus on African politics and democratization, especially elections, political parties and forms of political mobilization. He is the author of a monograph, Democracy in Africa: Successes, failures and the struggle for political reform (CUP, 2015) and more than 30 book chapters and journal articles. Nic also writes a regular column for Kenya’s Sunday Nation newspaper, is the founding editor of the Oxford Encyclopaedia of African Politics (OUP), and a writer for, and advisor to, Kofi Annan’s African Progress Panel.