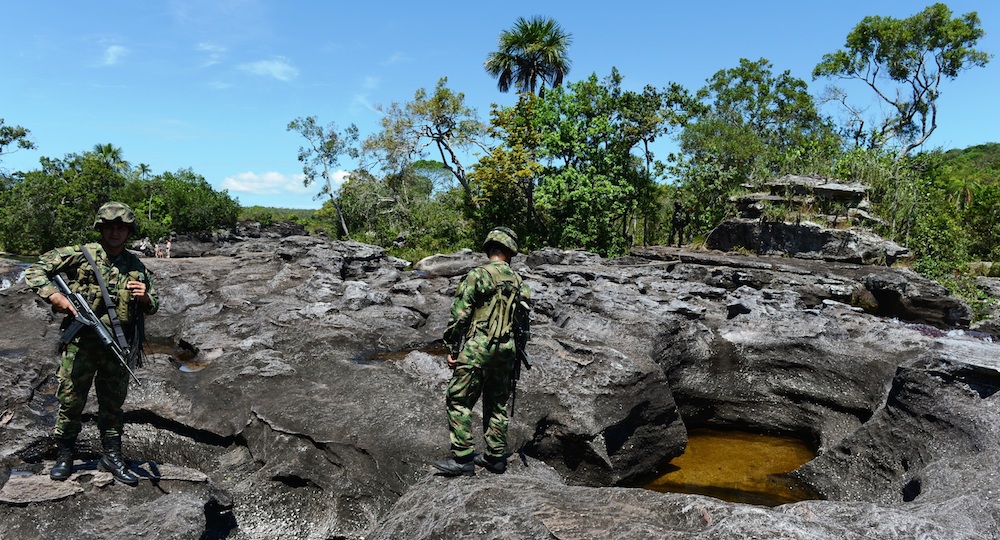 Colombia’s Peace Deal: The End to the Americas’ Longest War?

After four years of negotiations, the Colombian government and the largest rebel group in the country have reached a deal to end more than 50 years of civil conflict, paving the way for an end to the longest running war in the Americas. The asymmetrical Colombian Conflict lasted 52 years, claimed over 220,000 lives and displaced more than five million people.

The peace agreement outlines a timetable for the rebels, known as the Revolutionary Armed Forces of Colombia, or FARC, to abandon their arms. It also sets out a pathway through which former fighters will enter civilian life, and in some cases, run for office. Thousands of rebel fighters were raised since childhood to carry out armed struggle and re-integration into civilian life remains an uncertain process. While the deal has been met with praise from many international leaders, critics of the agreement have said that the government’s deal with the FARC would allow perpetrators of atrocities, among the rebels and on the government side, to be dealt minimal punishment.

Can Colombia become a symbol of hope in a world wracked with conflict? We will be joined by a panel of journalists and experts to discuss this historic peace agreement and what it means for the people of Colombia.

Ed Vulliamy is a writer for The Guardian and The Observer. In 2013, he won the award for literary reporting named after the Polish writer Ryszard Kapuściński for his book Amexica: War Along the Borderline, a vivid dissection of the violent US-Mexico ‘war on drugs’.

Charlotte Gill has been involved in the Colombian Caravana since 2010 and has been a director since 2012. The Colombian Caravana UK Lawyers Group is a charity which works to promote and protect human rights and access to justice in Colombia through working in collaboration with Colombian human rights lawyers and recently organised its fifth biennial international delegation of lawyers to the county. Charlotte has an MSc in Human Rights from the London School of Economics and wrote her dissertation on the Peace Community of San José de Apartadó. Additionally, Charlotte currently works on campaigns and advocacy at ARTICLE 19, a human rights organisation dedicated to the defence of freedom of expression globally.

HE MR Néstor Osorio Londoño is a Colombian diplomat. He became Colombia’s Ambassador to the United Kingdom in February 2014. He was the 27th Permanent Representative of Colombia to the United Nations.