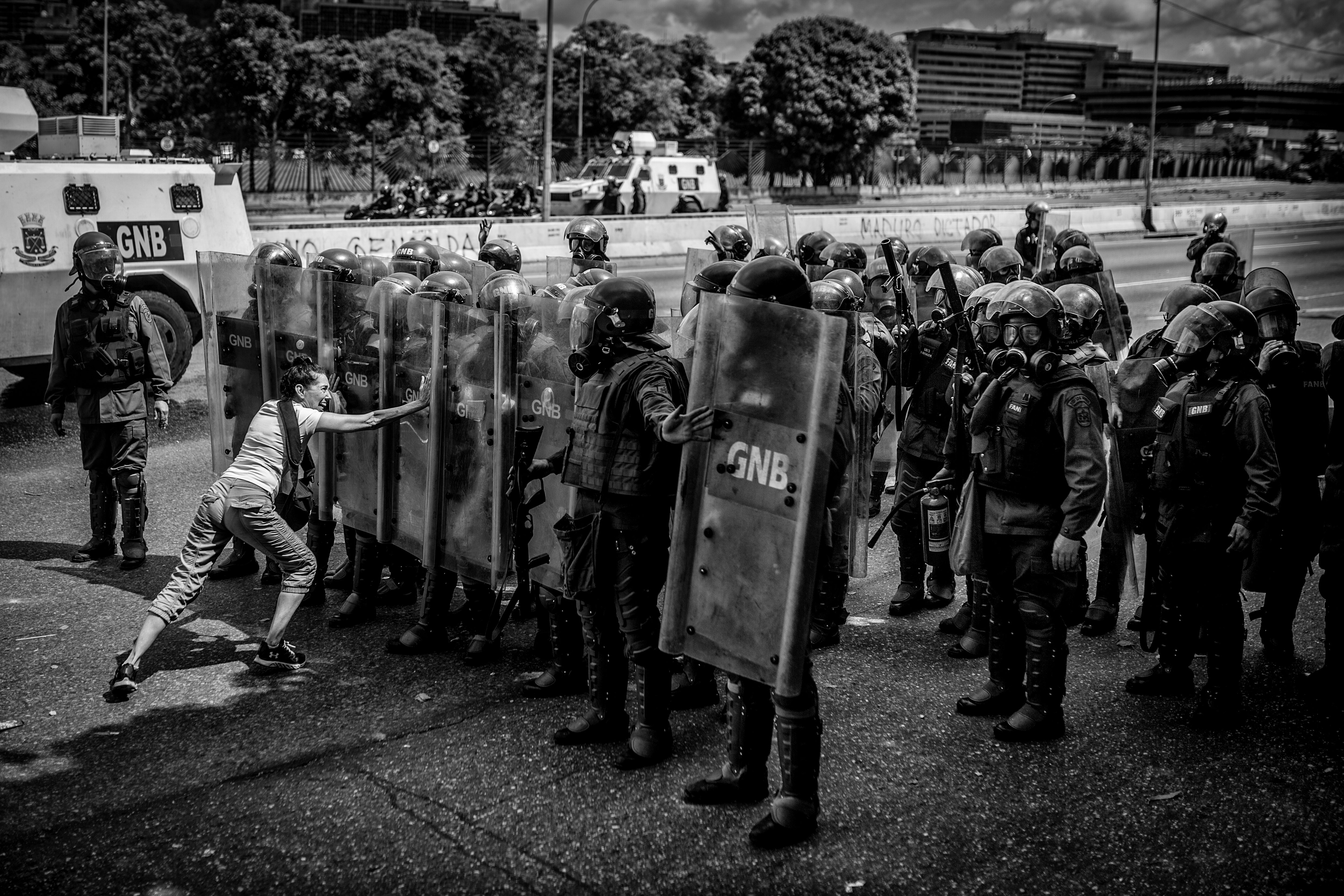 Cold War 2.0: The Troika of Tyranny

To discuss increasing international tensions around the so-called ‘Troika of Tyranny’ and the prospect of Cold War 2.0 in Latin America, reporter and Frontline Club Trustee Jon Lee Anderson is joined by Financial Times correspondent Andres Schipani and Arturo Wallace of BBC Mundo.

Cuba, Venezuela, Nicaragua – Latin America’s last remaining socialist countries – find themselves firmly in the rifle sights of Trump’s National Security Advisor John Bolton, who recently proclaimed that ‘The Monroe Doctrine is alive and well’. In view of increasingly bellicose – and at times erratic – U.S. foreign policy towards their southern neighbours, what lies in store for competing international interests in Latin America?

As the White House extends a cordial embrace to new populist leaders with authoritarian leanings, whilst tightening the screws on leftist autocrats, they jostle for position with competing Russian and Chinese influence in the region once known as ‘America’s backyard’.

Jon Lee Anderson is a journalist and author who has covered numerous conflicts as staff writer for the New Yorker, including those in Syria, Lebanon, Libya, Iraq, Afghanistan, Angola, Somalia, Sudan, Mali, and Liberia. He has also reported frequently from Latin America and the Caribbean, most recently from Brazil on Bolsonaro’s ‘Southern Strategy’, and from Venezuela following Guaido’s international reception as interim President. He is the author of several books including The Lions Grave: Dispatches from Afghanistan, and Che Guevara: A Revolutionary Life.

Andres Schipani is the Brazil correspondent for the Financial Times. Before moving to São Paulo, he was the newspaper’s Andes correspondent, covering Bolivia, Colombia, Ecuador, Peru, and Venezuela, as well as parts of the Caribbean. Before that, he worked in the FT’s New York bureau as a markets and emerging markets reporter. A native of Buenos Aires, he was educated in London, Oxford, and New York. He was also a fellow in business, economics, and financial journalism at Columbia University.

Arturo Wallace is a Nicaraguan journalist with more than 25 years of experience, currently working as a reporter for BBC Mundo, the BBC World Service’s Spanish-language portal. A former BBC correspondent in Colombia (2011 – 2015), he has also reported from Venezuela, Panama, Guatemala, Honduras, Nicaragua, USA, France and Greece for radio, TV and online. A co-founder and former director of the award-winning Nicaraguan free weekly La Brújula (now extinct), he has also been professor of journalism at the Central American University (UCA) and American University of Managua (UAM).

Photograph courtesy of Alejandro Cegarra, selected from his series, ‘State of Decay’.