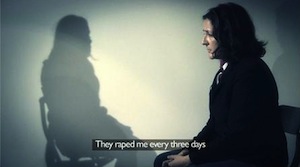 These allegations have come as Tamils flee Sri Lanka and seek refuge in Europe and elsewhere. Many would only be interviewed anonymously for fear of retribution against their relatives back in Sri Lanka and, because of the stigma surrounding rape in Sri Lanka, victims fear bringing shame on their families. However for the first time some of them have agreed to tell their stories on camera and shared their confidential medical reports because they say they want to try to prevent similar attacks on others. 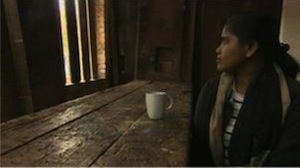 The screening will be followed by a panel discussion with:

Frances Harrison, BBC Correspondent in Sri Lanka from 2000 to 2004. She has worked at Amnesty International as Head of News and is the author of Still Counting the Dead: Survivors of Sri Lanka’s Hidden War.

Callum Macrae is a filmmaker and journalist who has reported, filmed and directed many award-winning documentaries for Channel 4, the BBC and Al Jazeera English among others. HIs most recent film is No Fire Zone – The Killing Fields of Sri Lanka, chronicling the final 138 days of the 26-year Sri Lankan civil war.

Chaired by Sadakat Kadri, a writer, and a barrister at London’s Doughty Street Chambers. At the beginning of 2013, he acted as rapporteur to a mission convened by the International Bar Association’s Human Rights Institute to investigate the impeachment of Sri Lanka’s Chief Justice Bandaranayake. The report can be downloaded here.

This event is organised by BBC Global News.