AYO AWOKOYA & TOBIAS JONES for ‘Are your tinned tomatoes picked by slave labour?‘
The Guardian, June 2019

Tinned tomatoes – so often purchased because of their cheapness and utility – have, for decades, been produced on the backs of thousands of exploited migrants. This piece exposes the vast web of exploitation that exists in the Italian south and exposes the extent of the slavery practice and its devastation.

Ayo Awokoya is a London based freelance journalist who has worked for GQ, The Financial Times, Sky News and the Guardian Long Read. She is a Pulitzer Centre grantee and her work has been supported by Freelance Investigative Reporters and Editors (FIRE). She is also a recipient of Jamal Khashoggi Award for Courageous Journalism. Tobias Jones is a British author and journalist. He was educated at Jesus College, Oxford University, and then worked at the London Review of Books and the Independent on Sunday. He is the bestselling author of The Dark Heart of Italy, Utopian Dreams, Blood on the Altar and a series of crime novels set in Italy. 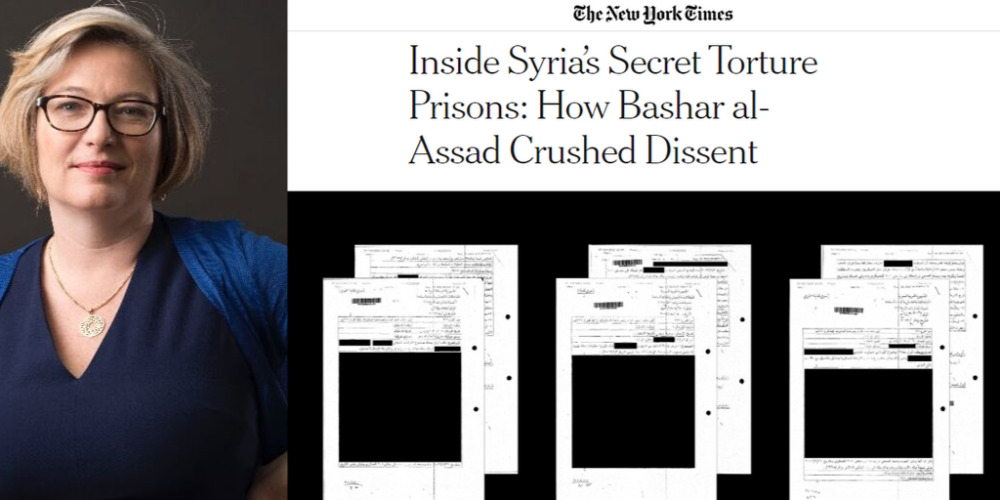 As Syria’s president, Bashar al-Assad, closes in on victory over an eight-year revolt, Barnard’s investigation exposes a secret, industrial-scale network of torture prisons that Assad’s government have been using to crush civilian dissent – a method crucial to its victory.

Anne Barnard led coverage of the Syria war for six years at the New York Times, reporting from across the Middle East as Beirut bureau chief. Since the September 11 attacks, she has chronicled the human and strategic impact of U.S. war policies on frontline areas including Iraq, Syria, Gaza, Afghanistan, Pakistan, Iran, Lebanon, Barnard has worked in the Middle East on and off since 2003, beginning as bureau chief for the Boston Globe in Baghdad, where she documented the American invasion and occupation of Iraq and its impact across the region. This year she began covering climate change and environmental issues, focusing on their impact on New York City, after completing the Edward R. Murrow Press Fellowship at the Council on Foreign Relations. Barnard has won several journalism prizes, including the Columbia Journalism School’s Meyer Berger Award for a series on the impact of the 2010 earthquake on New York’s Haitian diaspora. She has been awarded a Pew fellowship in international journalism at the Johns Hopkins University’s School of Advanced International Studies and the Ochberg fellowship from the Columbia Journalism School’s Dart Center for Journalism and Trauma.

AMANDA SPERBER for ‘Inside the Secretive US Air Campaign In Somalia‘
The Nation, February 2019 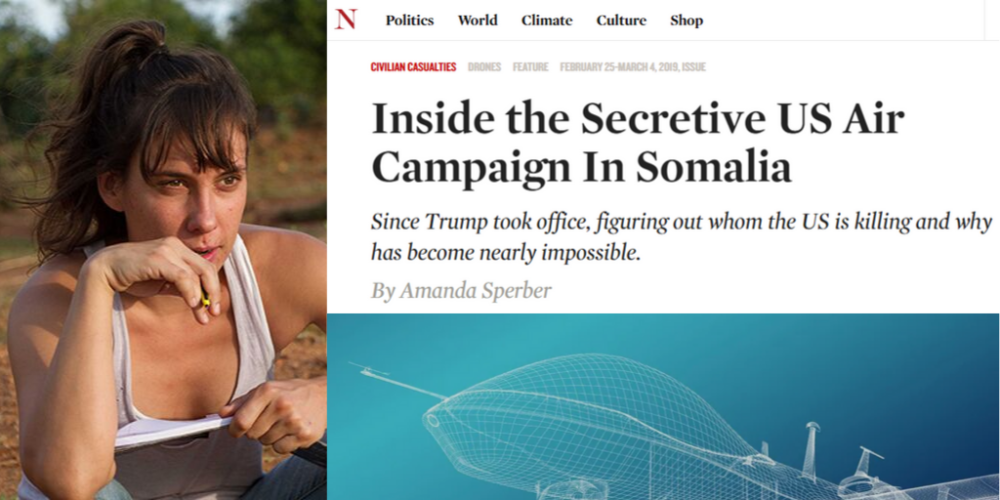 Sperber spent five weeks investigating the impact of a US air campaign in Somalia, identifying strikes that had previously gone unreported by US Africa Command (AFRICOM) and uncovering evidence that suggests another US agency may be launching air attacks in the region. She also tracked down evidence that AFRICOM’s claim of zero civilian casualties is incorrect.

Amanda Sperber is a freelance foreign correspondent based between Mogadishu, Nairobi and New York. She reports in-depth pieces on East Africa, focusing on politics, youth and armed conflict. From Somalia she’s broken stories about the re-opening of the first American diplomatic building since Black Hawk Down for the Intercept, the U.S. military’s quiet development of a supply route across East Africa, the failures of the international community’s attempt to build the national army for Foreign Policy, and the only female car mechanic in the country for Glamour. She is a Pulitzer Center grantee, an International Women’s Media Foundation Fellow and the 2019 Freelance winner for the Kurt Shorck Memorial award.

In July 2018 a horrifying video began to circulate on social media showing two women and two young children being led away at gunpoint by a group of Cameroonian soldiers. The captives are blindfolded, forced to the ground, and shot 22 times. The government of Cameroon initially dismissed the video as “fake news”, but BBC Africa Eye, through forensic analysis of the footage, proved exactly where this happened, when it happened, and who was responsible for the killings. 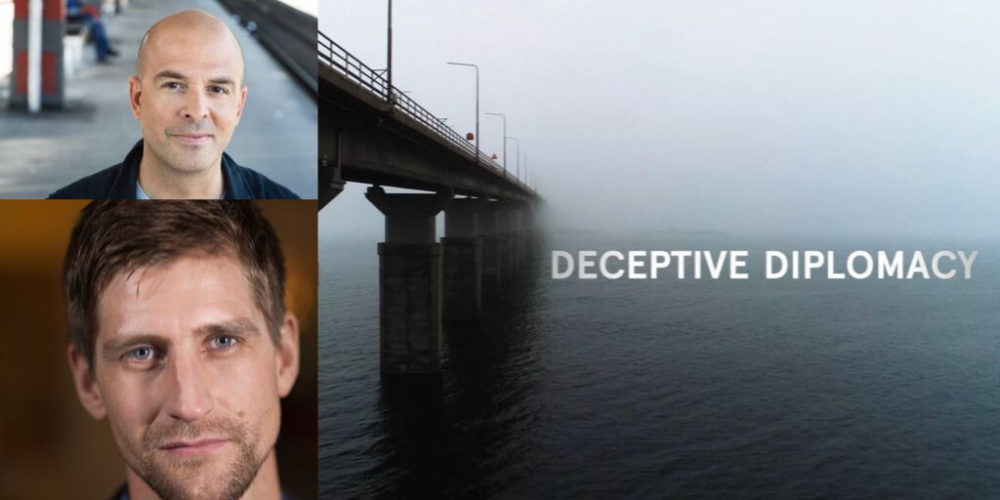 An international group of Investigative journalists gained access to extensive classified material from within the UN to reveal that the highest office of the UN in New York had hidden vital information about the murder of Zaida Catalan and Michael Sharp in the Democratic Republic of Congo. What first looked like a kidnapping by a local militia turned out to be a whole different story, involving secret agents, mass graves and deceptive diplomacy.

OLLY LAMBERT for One Day in Gaza
BBC Two, May 2019 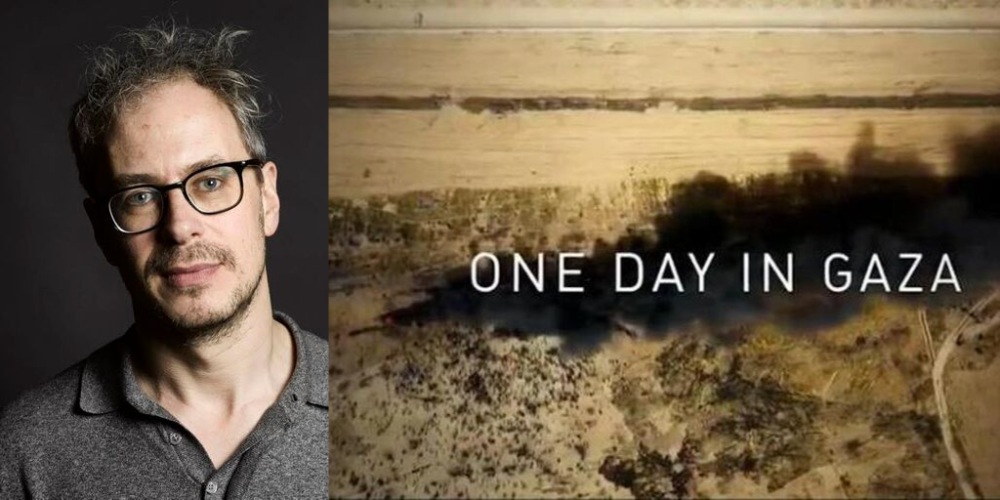 On May 14th 2018, as diplomats gathered in Jerusalem to celebrate the moving of the US embassy from Tel Aviv, less than 40 miles away, tens of thousands of Palestinian demonstrators massed at the security fence that separates Gaza from Israel. By the end of the day, at least 60 Palestinians were dead or dying, and over 2,700 were injured. Using footage from the Israel Defence Forces, Hamas, local journalists and the protesters themselves, this is the story of that day.

Olly Lambert has made over 40 broadcast documentaries for British television, often focusing on ordinary people caught in extraordinary situations, and often in areas of conflict. Over the last 20 years he has made films in Iraq, Syria, Gaza and Afghanistan, and has won a number of international awards, including an Emmy, two BAFTAs and a Grierson, as well the Foreign Press Association Award for Journalist of the Year. 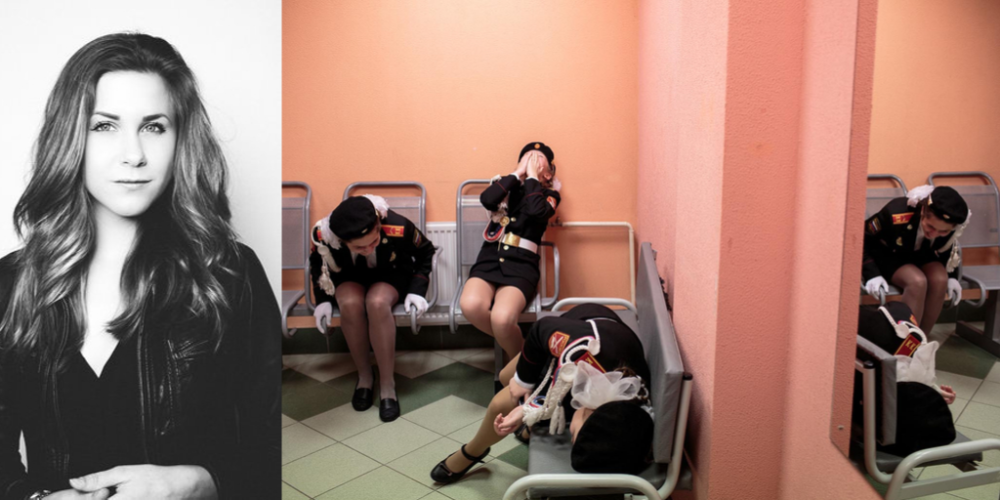 Hundreds of thousands of children in both Russia and the United States attend military training camps aimed at instilling national pride, religion and a possible future in the armed services. Sarah’s images are taken from her “Beckon Us From Home” photography project investigating how a nation instills patriotism and passes down traditions to new generations.

Sarah Blesener is based in New York City. She received the Alexia Foundation grant for her 2017 work in the United States, and was also a 2017 fellow with Catchlight, working with Reveal from The Center for Investigative Reporting.

KIANA HAYERI for ‘Bombed by ISIS, an Afghan Wrestling Club Is Back: ‘They Can’t Stop Us’
New York Times, March 2019 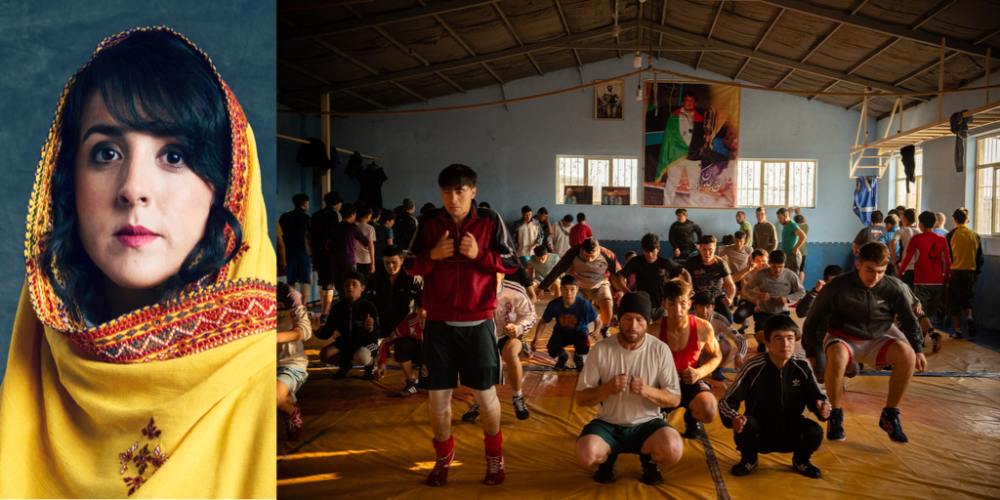 In September 2018, the Islamic State bombed Maiwand Wrestling Club in Kabul, Afghanistan, killing dozens. This year they have rebuilt it, and their vengeance has been to make it bigger, better and even busier than it was before. Kiana Hayeri’s photographs for The New York Times.

Kiana Hayeri is an Iranian-Canadian documentary photographer currently based in Kabul, Afghanistan. Born in Tehran, she migrated to Toronto while still a teenager and took up photography to bridge cultures and languages. In 2014, Hayeri was named one of PDN’s 30 emerging photographers to watch. Today she is a Senior TED Fellow and a regular contributor to the New York Times. Her work has been widely published, including in Harper’s Magazine, The Washington Post, NPR, and the Wall Street Journal. 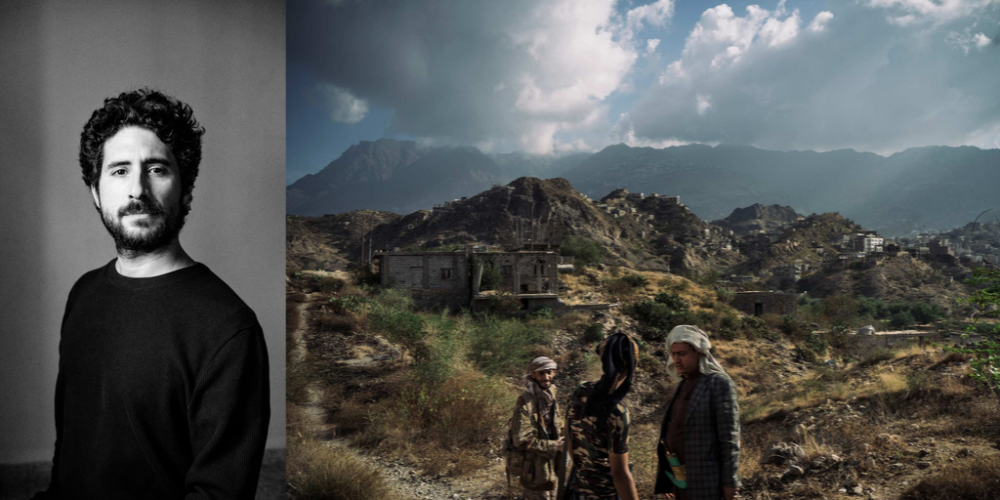 Photographer Lorenzo Tugnoli visited Yemen in June and again in November and December 2018 for the Washington Post, witnessing the harrowing effects of a conflict that has claimed the lives of more than 50,000 people and created one of the worst famines in history.

Lorenzo Tugnoli is an Italian photographer based in Beirut. Lorenzo worked extensively in the Middle East before moving to Afghanistan in 2010, where he started engaging with international media and development organisations. His work is an ongoing exploration of the humanitarian consequences of conflicts in the region, and evolves through long-term projects in Yemen, Libya and Lebanon. For several years he has been a regular contributor to The Washington Post and his work has been published by The New York Times, The Wall Street Journal, and Time Magazine among others.