Attacks on the press: Stamping out impunity

Across the world everyday journalists face injuries, kidnappings and death in the line of their work. In the majority of cases the perpetrators are not brought to justice and this evading of punishment often leads to self censorship by other journalists.

Reporting on corruption, crime, conflict, politics and human rights is crucial in society, but how can we better protect the journalists doing this work?

Following World Press Freedom Day we will be bringing together some of the key players that are working on tackling impunity, to discuss the level of the problem and the work they are doing to combat it.

Chaired by Peter Horrocks, the director of BBC Global News, responsible for leading the BBC’s international news services across radio, television and new media. He has worked at the BBC since 1981.

Kim Sengupta is the defence and diplomatic correspondent at The Independent. He covers international and domestic news and his extensive reporting from around the world has included many of the major conflicts in recent times.

Heather Blake is the UK Director for Reporters Without Borders (Reporters Sans Frontières) and an affiliate to Pembroke College, Oxford University, Changing Character of War programme.

Elisabeth Witchel is a Committee to Protect Journalists (CPJ) consultant, she served for many years as the organisation’s journalist assistance coordinator. She launched CPJ’s Global Campaign Against Impunity.

Aidan Sullivan is a photographer, picture editor and vice president of Getty Images. He is the director of the Ian Parry Scholarship and founder of the campaign A Day Without News?. 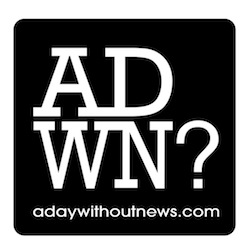