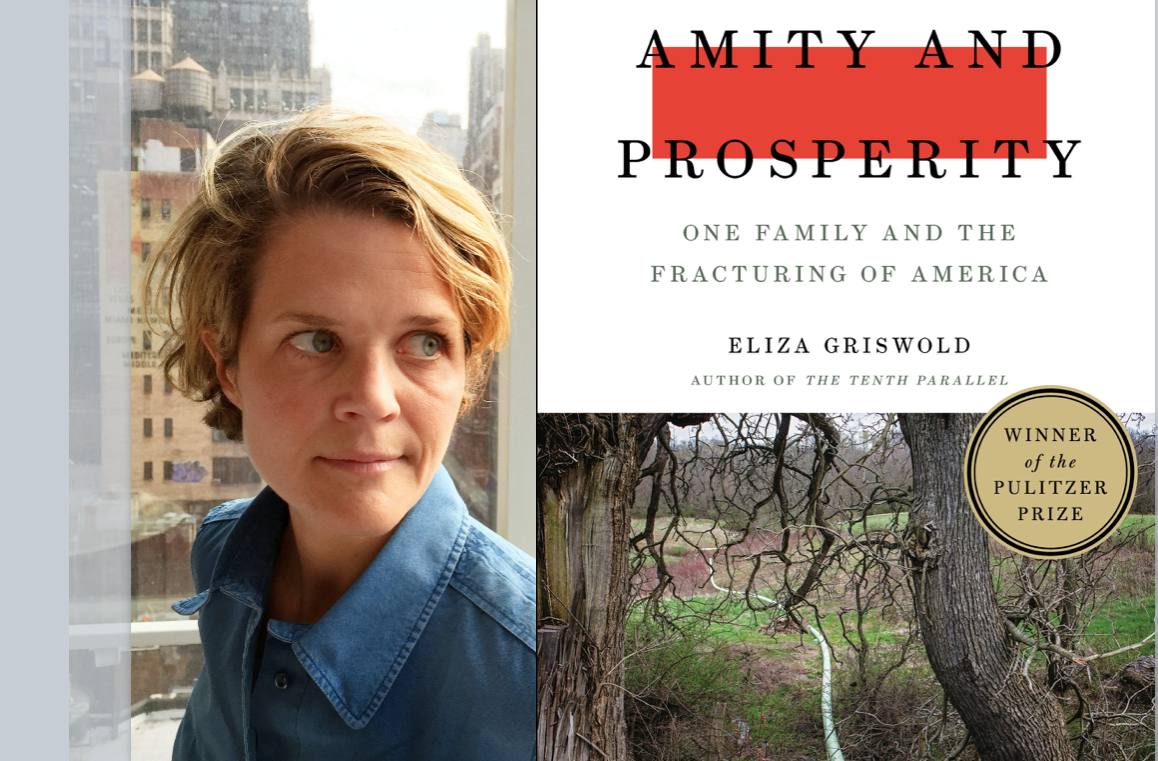 When Fracking Came to Town: In Conversation with Eliza Griswold

Drawn from seven years of immersive reporting, award-winning poet and journalist Eliza Griswold will be at Frontline to talk about her 2019 Pulitzer Prize-winning non-fiction book, Amity and Prosperity: One Family and the Fracturing of America, which explores the devastating effects of fracking on a small town in Pennsylvania through the eyes of one of its residents.

Amity and Prosperity centres on the story of Stacey Haney, a single mother of two living on a family farm in southern Washington County. She sees the fanfare around fracking and decides to lease the gas rights under her land to to help pay for some much-needed upgrades around the farm.  Haney starts to regret her decision when her athletic teenage son, Harley, begins suffering from an unexplained illness, and several of her farm animals die and joins with neighbours and a husband-and-wife legal team to investigate what’s really in the water and air, eventually exposing the damage that’s being done to the land her family has lived on for centuries.

Griswold traveled to the region 37 times over seven years as she worked on the book, finding plenty to write about in southwestern Pennsylvania, from community quarrels to years-long legal battles that had state-wide implications. A poet-turned-journalist and contributing writer for The New Yorker, she continues to cover environmental issues related to the oil and gas boom.

Griswold will be joined in conversation with Steve Coll, a staff writer at the The New Yorker and the dean of the Graduate School of Journalism at Columbia University. Between 1985 and 2005, he was a reporter, foreign correspondent and senior editor at the Washington Post. He is the author of eight books of nonfiction, and a two-time winner of the Pulitzer Prize.

“Amity and Prosperity is at heart a David and Goliath story fit for the movies. It has everything but a happy ending: bucolic setting concealing fortune and danger; poor but proud locals who’ve endured sequential boom bust cycles of resource extraction . . . tough, reluctant victim-heroes . . . and a courtroom drama, as a tenacious husband-wife legal team takes on the industry and the state . . . [a] valuable, discomforting book” —Jo-Ann Wypijewski, The New York Times Book Review

Eliza Griswold is the author of The Tenth Parallel: Dispatches from the Fault Line Between Christianity and Islam, which won the 2011 J. Anthony Lukas Book Prize. Her translations of Afghan women’s folk poems, I Am the Beggar of the World, was awarded the 2015 PEN Award for Poetry in Translation. She has held fellowships from the New America Foundation, the Guggenheim Foundation, and Harvard University, and in 2010 the American Academy in Rome awarded her the Rome Prize for her poems. Currently a Distinguished Writer in Residence at New York
University, she lives in New York with her husband and son.

Please note: this event is now a day later that originally advertised because of late changes to speaker’s travel.