This screening will be followed by a Q&A with reporter Juliana Ruhfus, Stephen Wilkinson, Helen Yaffe and others. 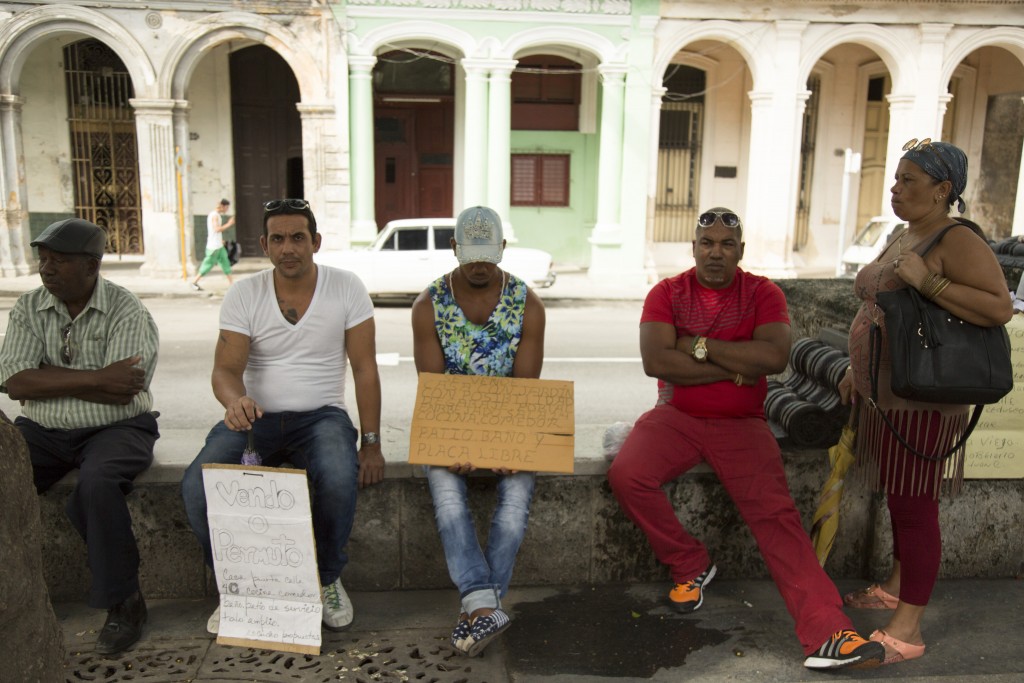 Cuba was the first communist state to be created in the western hemisphere – it’s also the last one standing. But the United States’ economic embargo against Cuba, coupled with the break up of the Soviet Union, has left this island nation struggling to provide for its citizens’ most basic needs.

In 2011, President Raul Castro introduced a series of dramatic reforms designed to stimulate growth. For the first time in decades, Cuban citizens were allowed to sell their homes and open businesses. Foreign companies are now permitted to invest in Cuba too.

The President insists that these measures are designed to preserve, rather than dismantle, Cuban socialism. But can he successfully open up the economy without betraying the promise of a classless society upon which the Cuban state was built? Juliana Ruhfus and Seamus Mirodan investigate.

People and Power is Al Jazeera’s weekly investigative documentary programme that looks at the use and abuse of power. People and Power: Cuba for Sale will be broadcast on Al Jazeera English on 24 February.

Richard Gott (moderator) is a British journalist and historian with forty years experience of Latin America. He was for many years on the staff of The Guardian newspaper in London. He is currently an honorary research fellow at the Institute for the Study of the Americas at the University of London. He is author of Cuba: A New History (Yale University Press), and Hugo Chávez and the Bolivarian Revolution (Verso).

Stephen Wilkinson first visited Cuba in 1986 and has been travelling to and writing about the island ever since. Now assistant director at the International Institute for the Study of Cuba, Stephen has a PhD on the subject of Cuban literature. He has written numerous articles on such questions as the history of US-Cuba relations, Cuban attitudes and policy towards homosexuals and the nature of the Cuban state. Stephen’s book: Detective Fiction in Cuban Society and Culture was published in 2006 by Peter Lang. He frequently comments on Cuba issues on The Guardian newspaper’s Comment is Free website.

Juliana Ruhfus is the senior reporter for Al Jazeera’s ‘People & Power’ investigative and current affairs strand where she has worked since 2006, when her film on Liberian ex-combatants launched the channel’s programming content. Nearly 30 films later she has gone undercover in Turkmenistan and in Cambodian orphanages, produced the five part ‘Corporations on Trial’ series, and her two-part investigation into the trafficking of Nigerian women into the Italian sex-trade is one of the most-watched People & Power shows in its history. In 2010, she was awarded the Ochberg Fellowship, and in 2011 she received a scholarship for Harvard’s Global Trauma Program. She is currently on the European board of directors for the Dart Centre for Journalism and Trauma.

Since 1995, Helen Yaffe has spent time living and researching in Cuba. Her PhD thesis, undertaken at the London School of Economics, was published as Che Guevara: The Economics of Revolution by Palgrave Macmillan in 2009, and subsequently in four other language editions. Her research and publications have continued to focus on Cuban political economy, as well as the political economy of Latin American regional economic integration. Helen has taught Cuban and Latin American (economic) history at UCL, LSE and Birkbeck. She is currently a Fellow in the Economic History department at the London School of Economics (LSE) where she lectures and teaches on the history of economics.

Bernard Regan, Cuba Solidarity Campaign National Secretary. CSC campaigns against the illegal 50 year old blockade of Cuba, for an end to the US occupation of Cuban land at Guantanamo Bay, and to defend the Cuban people’s right to be free from foreign intervention. The Cuba Solidarity Campaign is broad based and has more than 5,000 members, affiliated organisations and local groups. Together we lobby MPs and government, organise solidarity brigades specialist tours and exchanges, and work to build links and better understanding between Britain and Cuba.