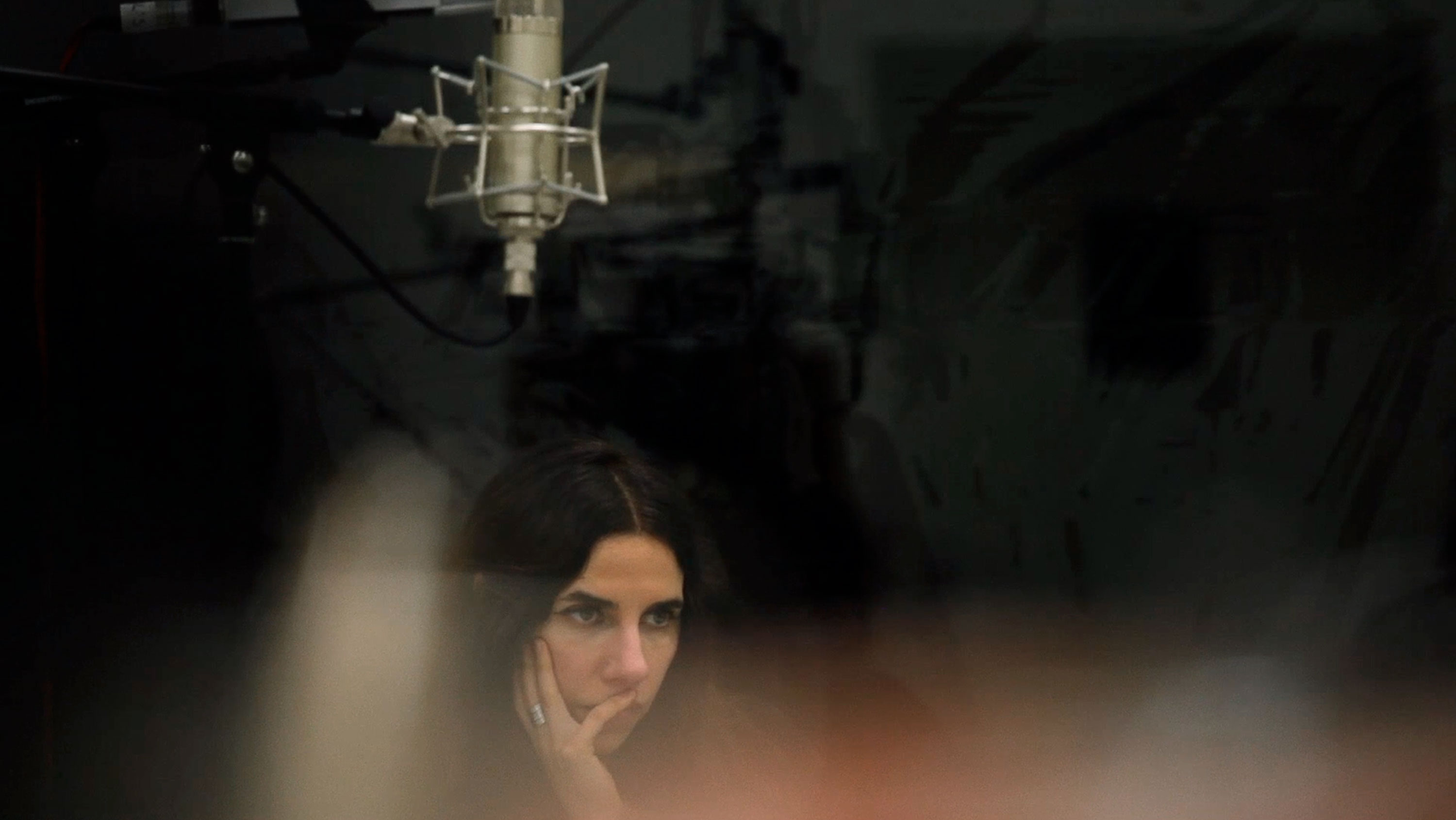 Award-winning war photographer and filmmaker Seamus Murphy explores the creative inspiration behind PJ Harvey’s ninth studio album in A Dog Called Money, an arresting collage-style documentary charting their travels together in Afghanistan, Kosovo and the US.

Inspired by the songs and stories they encounter on the road, Murphy and Harvey examine the many ways in which music unites communities in areas of conflict and deprivation. Throughout their travels, he collects footage and images, while she notes down snatches of the lyrics which will later form her album, The Hope Six Demolition Project. Back in London, Harvey inverts these ideas of documentation and scrutiny by inviting the public to observe the album’s recording behind one-way glass during a 5-week installation at Somerset House. Murphy’s film delves into each track of the album, unearthing the layers of process behind their creation, and the people and places who inspired them.

Dreamlike, elliptical and intimate, the film provides a stunning portrait of Harvey’s creative process – and unprecedented access to an enigmatic musical icon.

The screening (90′) will be followed by a short audience Q&A with Seamus Murphy.

Seamus Murphy is an award-winning photographer, filmmaker and author. His work has been published and exhibited widely and is in the collections of The Getty Museum Los Angeles, The Imperial War Museum, Stanford University, FRAC Auvergne. He has made films for Channel 4 Television in the UK and The New Yorker in the US. DARKNESS VISIBLE, a film he made about his photographic work in Afghanistan was nominated for an Emmy. He has made music films for musician PJ Harvey for her albums LET ENGLAND SHAKE and THE HOPE SIX DEMOLITION PROJECT. As a continuation of their artistic collaboration Murphy and Harvey collaborated on the book THE HOLLOW OF THE HAND (Bloomsbury 2015). A DOG CALLED MONEY is a documentary of the creative process behind his project with Harvey, their working together in Kosovo, Afghanistan and Washington DC and the chronicling of the recording of the album inspired by their travels.

PJ Harvey is one of the world’s most respected and awarded recording artists. From the outset of her career she has commanded global attention as an accomplished composer, multi-instrumentalist, lyricist, and poet. Harvey has released nine critically-acclaimed albums, been nominated for six Grammy Awards, and is the only artist to have received the UK’s prestigious Mercury Music Prize twice. In 2013 she was awarded an MBE for services to music. Harvey began collaborating with esteemed photojournalist Seamus Murphy in 2011 on her 8th studio album LET ENGLAND SHAKE, for which Murphy directed 12 short films. Murphy and Harvey collaborated again, this time travelling to Kosovo, Afghanistan and Washington, DC where Harvey collected words and Murphy collected images. The resulting work became Harvey’s 9th studio album, THE HOPE SIX DEMOLITION PROJECT; her first collection of poetry accompanied by Murphy’s photographs entitled THE HOLLOW OF THE HAND (Bloomsbury 2015); and now Murphy’s feature documentary, A DOG CALLED MONEY, which received its global premiere at the 2019 edition of the Berlin Film Festival.