Showing at Frontline: Children of the Revolution 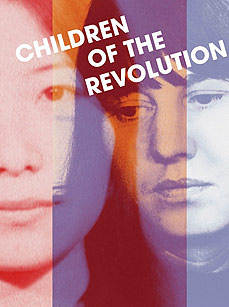 by Sam Bavin
On Monday the 8th of August, as part of the continuing ‘Change’ season, Frontline is proud to be screening Shane O’ Sullivan’s Children of the Revolution. The film documents the lives of two of the most significant and infamous female revolutionaries of the late 20th and early 21st centuries, Ulrike Meinhof and Fusako Shigenobu, through the eyes of their children Bettina Röhl and May Shigenobu.
Crossing the globe and incorporating both archival and extensive interview footage, O’ Sullivan paints a nuanced picture of both Meinhof and Shigenobu, addressing both the socio-political contexts and personal experiences that led both women into extreme left wing militancy.
Beyond the bombings and hijackings, Children of the Revolution also focuses closely on both women’s experiences of motherhood within political activism. At the core of the film, however, is the personal journeys of both Bettina and May from a disrupted – and for May nomadic – childhood into maturity as adults. As the narrative progresses to the present, the effect of Meinhof’s distorted legacy as a left wing martyr and her own role as mother take precedence for Bettina. For May, meanwhile, issues of national identity and representation in the aftermath of Fusako’s extradition from the Middle East back to Japan are brought to the fore.
Expertly weaving historical and personal incident over two generations, O’ Sullivan’s film is both a tale of personal development beneath the spectre of one’s parents and a document initiating a shift in the representation of two female revolutionary militants. Both shocking and affecting, illuminating and uplifting, Children of the Revolution is not to be missed.
A Q&A with director Shane O’ Sullivan follows immediately after the screening. There are more details here and the trailer is below.