Lviv, the illusion of safety. 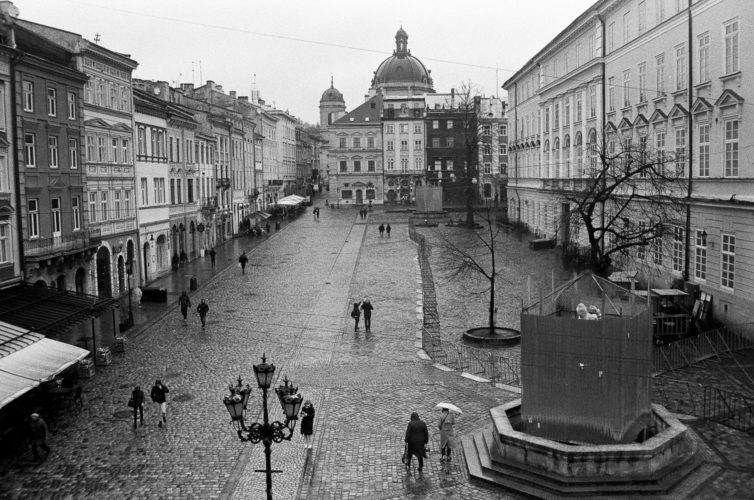 Lviv, the illusion of safety

Tens of thousands of people fleeing Russian strikes further East in Mariupol, Kharkiv and Kyiv have sought refuge in the quaint UNESCO heritage site city of Lviv. Since February 24th, the day of the full-scale invasion, Lviv has been a strategic transit point for humanitarian aid workers, journalists and refugees travelling both ways – relatively safely – in and out of a country at war.

As the morning curfew lifts, babushkas sweep the paved streets with their coarse brooms, mothers and daughters, hand-in-hand, stroll into the city to the scent of freshly brewed coffee from the casually-cool-looking local street seller. Bells chime simultaneously from Orthodox, Greek and Roman Catholic churches in this religious melting-pot in an attempt to wake the sleeping city. 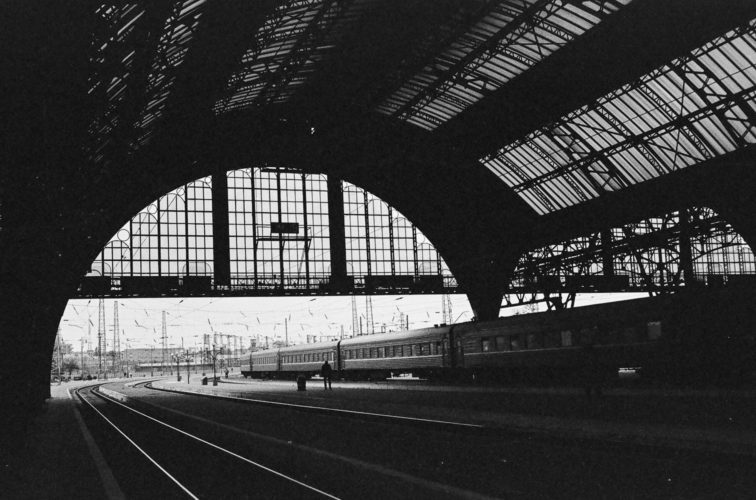 In Lviv, it’s easy to get the impression that life carries on. But behind the mask, lies palpable tension. The railway station invites its passengers to uncertain journeys and offers a glimpse into the realities of war. Displaced infants, pensioners, pets and single parents huddle in dark and dusty corners protected only by stacks of chequered polypropylene carrier bags, stained rucksacks and battered suitcases. Anxious faces with tired eyes stare at the departure board as it shows untrustworthy arrival times of faraway trains. Since the missile strike on Kramatorsk station, carriages must be evacuated; passengers are crammed into shelters at the first sound of sirens.
Facing the station outside, rows of ambulances, soft-skinned military personnel carriers and tour buses are parked in a neat line. UNHCR and Red Cross tents are planted onto concrete around a handful of spruce trees offering shelter from the rain, photographers and other types of alien gaze. Makeshift field kitchens run by volunteers serve bowls of boiling borscht ensuring warm hands and full stomachs. 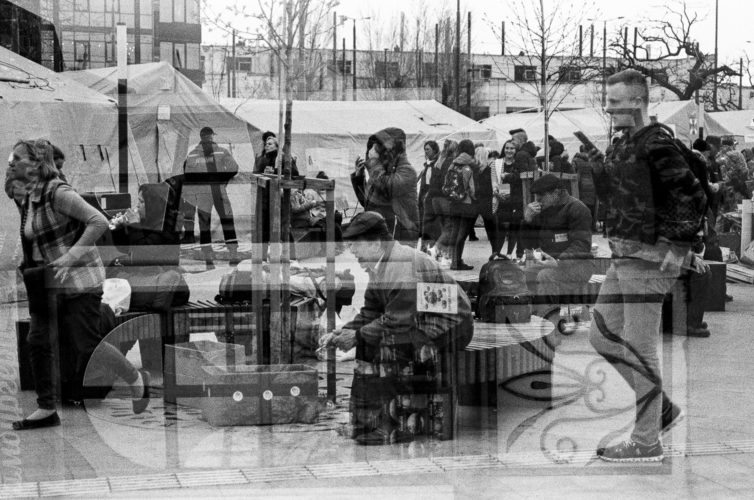 On the outskirts of the city, tension is unmistakable. Hastily erected checkpoints guarded by teen soldiers and walls of sandbags surround the city like the moats of a mediaeval castle. Checkpoints are notoriously volatile places in conflict zones, and this is no exception. Newly accredited fighters carrying guns scrutinise unfamiliar faces and foreign cars with a nervy state of readiness.
On Monday, April 18th, in the early hours of the morning, Lviv’s illusion of safety was shattered as missiles struck and civilians were killed. 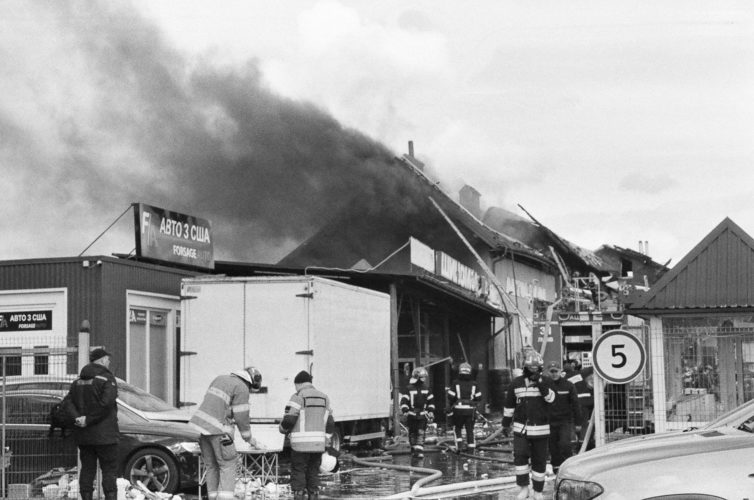 At Europe’s door, seemingly so far from the enemy’s clutches, the scars of wars cut deeper into the flesh.